Alas, a cheaper Aldi contender has once again sailed into the chocolatey seas giving the Mars Bar ‘nougat battalion’ a run for their bloody money!

Yes, a Sydney man has claimed in a post on popular Facebook group, Old Shops Australia, that Aldi’s ‘Titan Bar’ (an obvious Mars Bar dupe) is “better, cheaper & bigger” than the real thing.

The man’s ‘intricate’ evaluation of the treat compared the bars’ quality, size, and value in comparison to the original.

The ‘study’ found that due to ‘shrinkflation’ the Mars Bar is 22% smaller than Aldi’s knock-off Titan Bar and also costs twice as much! 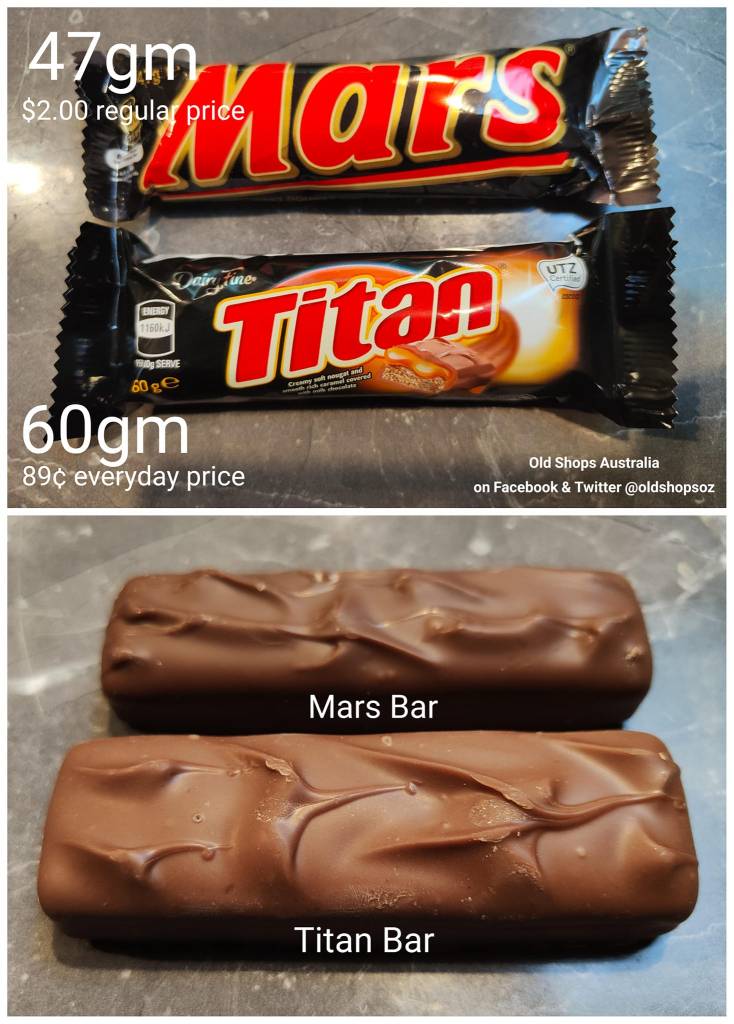 ‘Shrinkflation’ being the term used to describe items shrinking in size or quality while the price stays the same or increases.

While major supermarkets sell a 47gram Mars Bar for $2.00 at full price, the Aldi Titan bar is not only 13grams larger but less than half the cost at 89cents.

The author of the ‘study’ concluded that, ‘the Titan Bar is a better Mars Bar in quality and value than the Mars Bar itself,’ he continued.

‘We did this blindfolded taste test comparison last night with guests, Titan got the nod,’ a fourth commented.

The Titan Bar is manufactured in Germany, ‘The Germans know a bit about quality so I’d be OK putting my chocolate money in their pocket,’ he said.

Now I’ve REALLY got to try this for myself!

Missed The Christian O'Connell Show? Catch up by clicking play below and join us from 6AM every weekday!
aldi knock off dupe product Mars Bar titan bar