When you think of December, you’re instantly reminded of Christmas songs, so it’s only natural that you would expect Chrissy heavyweights Mariah Carey and Michael Bublé to be topping the music charts.

The album titled Songs of Disappearance features birdsongs from 53 of the rarest species in Australia that are on the brink of extinction. Due to extraordinary demand and international media attention, the producers are releasing a deluxe ‘Endangered Edition’ of the CD, featuring a 24-page booklet full of images from some of Australia’s finest wildlife photographers.

If you’re familiar with the ARIA Charts then you’d know how difficult it is to reach the top so it’s truly incredible that an Aussie bird album like this could reach fifth spot! 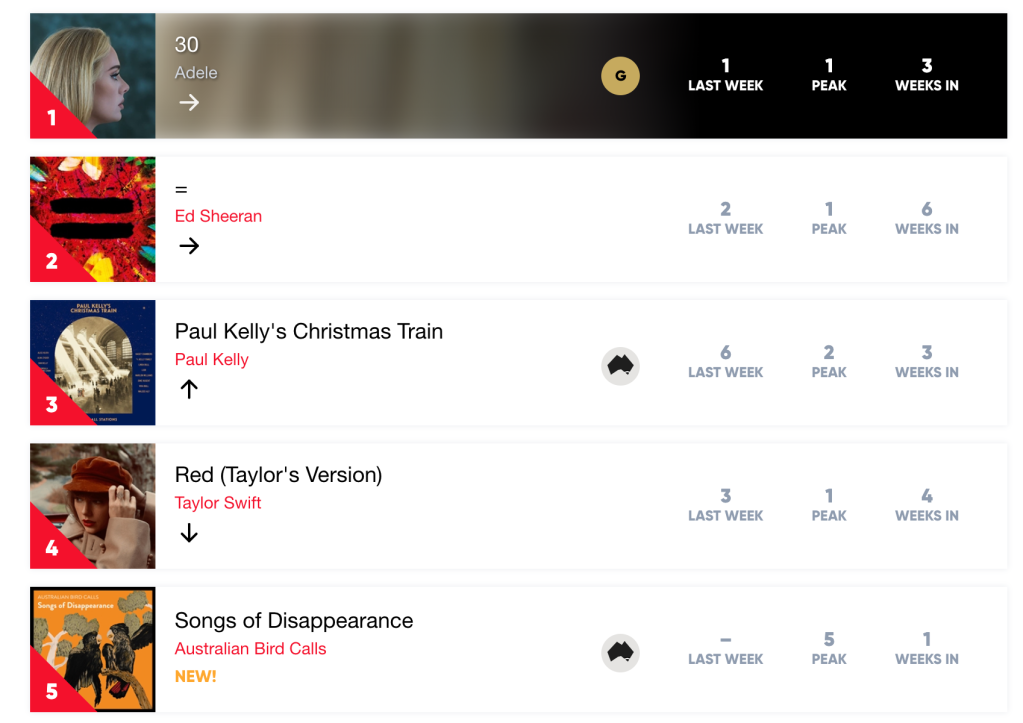 So, where’s Bublé and Carey in this mix? They are currently sitting at #7 and #18. Ouch!

If you’re looking for a last minute Christmas gift, then look no further than Songs of Disappearance. Oh, and to make things even better, the proceeds from album sales will be donated to BirdLife Australia’s conservation programs. It’s a win-win.

Missed The Christian O'Connell Show? Catch up by clicking play below and join us from 6AM every weekday!
ARIA ARIA charts bird songs Mariah Carey Michael Buble Songs of Disappearance

We Watched Spider-Man: No Way Home and It Did Not Disappoint!

The Notorious Cecil Hotel Featured In Netflix Documentary To Reopen