Port unveiled their Indigenous jumper this week after a competition asking high school students to design the guernsey.

The winning entrant came from 17-year-old Ariarna Rigney, who said her design was inspired by designs she saw on social media.

But artist Elle Campbell says the design is “my exact painting” she posted on social media and put on display at an exhibition in May 2019.

“Wow. This is MY painting, someone has submitted it as their own and PAFC are using it for their guernsey,” Campbell wrote on Instagram. 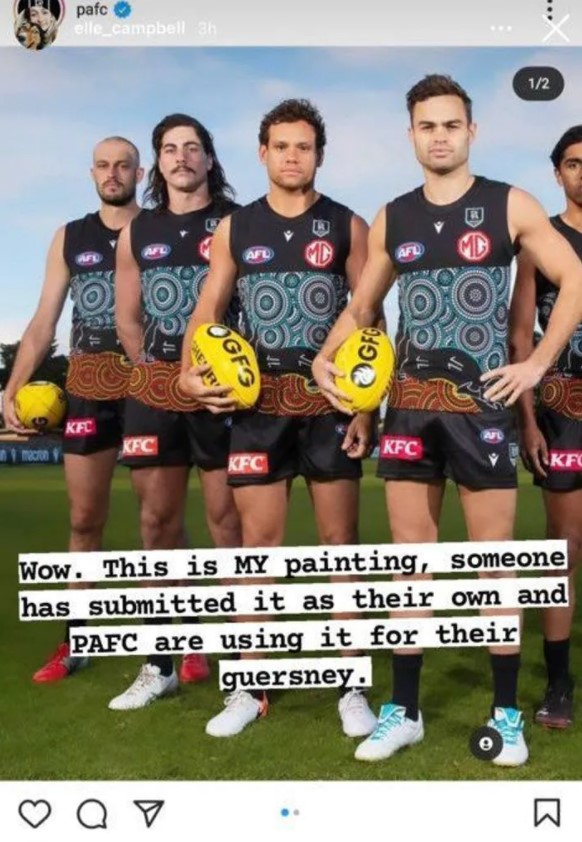 “Feeling pretty heartbroken that another Aboriginal woman has stolen my artwork that not only means so much to me but it also one of my first paintings.

“The most heartbreaking part is wanting my art to be seen on my own merit, not because something like this happening. That’s now been taken away from me.” 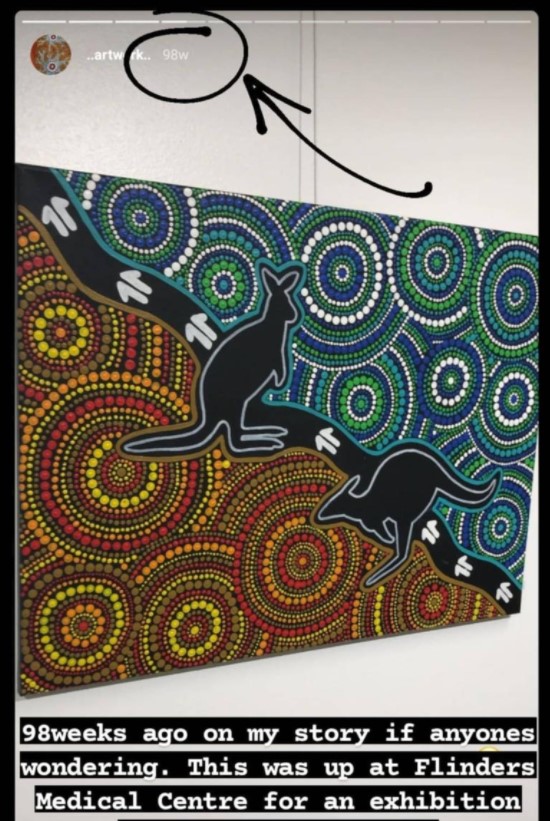 All AFL clubs will wear Indigenous themed jumpers in Sir Doug Nicholls games in round 12 and 13 commencing on May 28.

Port is slated to wear the jumper against Fremantle on May 30 at Adelaide Oval.

But the Power has now launched a probe into the design of its jumper after Campbell’s comments.

“Port Adelaide is aware of allegations that surfaced on social media last night regarding the design of its Indigenous guernsey,” the club said in a statement.

“The club is investigating the allegations and will not make further comment until it has all the information at hand.”

Winning artist Rigney, from Murray Bridge, said at the launch of the jumper it took her two months to finish her painting.

“I was so excited when my design was picked,” she said.

“Knowing that it’s going to be worn by the Power has made me and my family really happy and really proud.

“This is a big accomplishment for me to have so many people see my artwork.”

Advertisement
Advertisement
Missed The Christian O'Connell Show? Catch up by clicking play below and join us from 6AM every weekday!
Port Adelaide Ryan Daniels the bunch

These Pubs Are Offering Bottomless Booze During Footy Games