WIRES (the Wildlife Information, Rescue and Education Service) has announced they’ll be spreading their substantial resources to assist animal shelters around the country.

The New South Wales-based charity was previously only legally permitted to distribute funds in their home state.

“We can and will allocate funding and support to all states and territories where needed to assist animals affected by this crisis,” WIRES chief executive Leanne Taylor said in a statement.

“While NSW has been hit the hardest with an estimated 800 million of the 1 billion animals affected to date and approximately 5 million hectares of land burnt, a National Emergency requires a national response and WIRES will act to provide assistance to all wildlife in line with our mission.”

WIRES has raised over $14 million, often on the back of fundraising efforts by A-listers like Margot Robbie and Ellen Degeneres.

It prompted Wildlife Victoria, who has raised just over $3 million, to remind the public that Victorian wildlife was also in dire need of help.

Victorians are coming together from across the state to help injured wildlife.

Crafters, for instance, are going into overdrive to make mittens, blankets, pouches and nests to help with the recovery effort.

Tradies are also coming to the rescue – a Facebook group called ‘Tradies For Fire-Affected Communities’ has amassed 15,000 builders, electricians and more who are offering their services to bushfire victims.

Already countless bales of hay have been delivered to farms, and more recently, tradies have started building fences to help keep animals where they need to be. 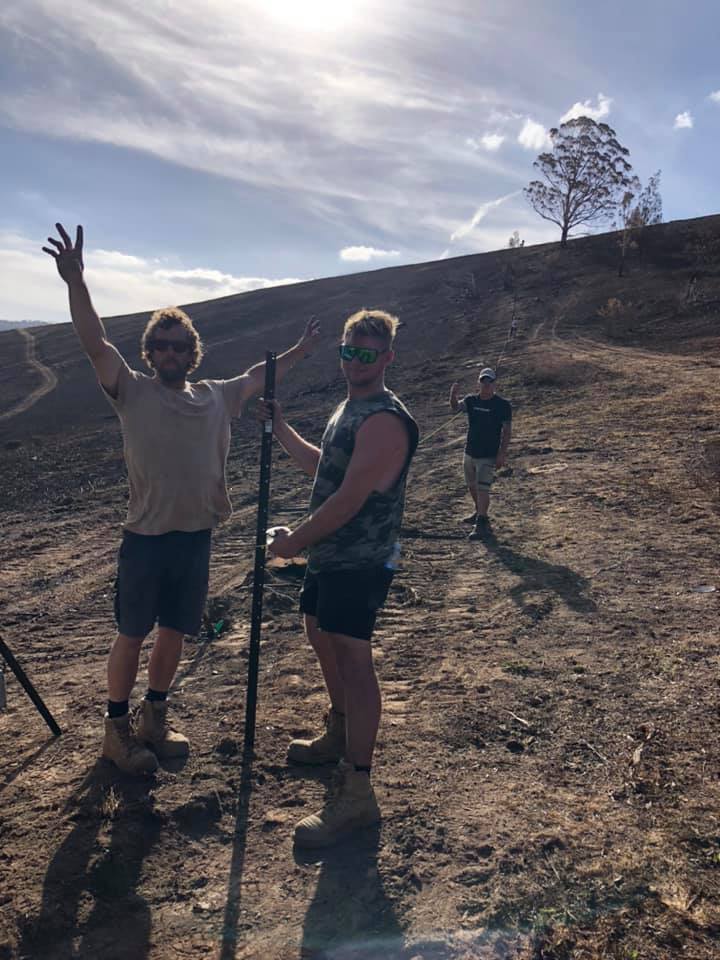 You can donate to Wildlife Victoria here, and WIRES here.