The Herald Sun has revealed Melbourne’s most dangerous train stations after the latest Crime Statistics Agency data came out.

It’s good news and bad news at the top of the list.

Dandenong and Sunshine have again claimed the first and second spot with 354 and 193 offences between in the April 2018-March 2019 period respectively.

BUT this is a big improvement for both those stations, with Dandenong hitting a five-year low and Sunshine down 68 per cent from last year.

Springvale, meanwhile, has more than doubled the number of offences since last year – including a vicious bashing.

“The incidents which have occurred at Springvale train station are not linked to a specific group of people,” Transit South Local Area Commander Inspector Martin Hardy said

“Other reasons for the increase can be attributed to ongoing encouragement to report sex offences and other anti-social behaviours,” he said.

“Springvale is a busy area, which sees a large number of people using the train station on a daily basis.

“Every person has the right to use the public transport system and feel safe.”

Most of the offences are public order and security offences, followed by property and deception, and crimes against the person. 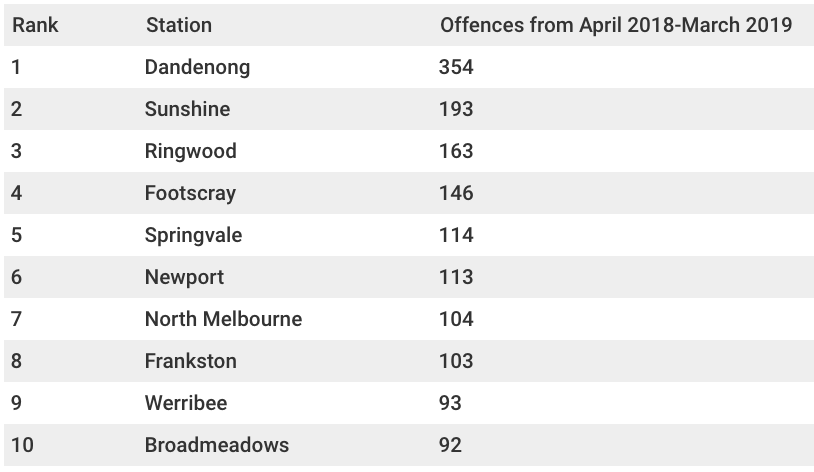 Missed The Christian O'Connell Show? Catch up by clicking play below and join us from 6AM every weekday!
Trains