A new generational war has begun.

It’s traditionally Baby Boomers vs Millenials, but now the two bystanders – Gen Z and Gen X are at each other’s throats.

Gen Xers have been rebranded as ‘The Karen Generation’. The name comes from a popular Internet meme where a ‘Karen’ is a name given to middle-aged mums who are rude and entitled. They typically rock this haircut: 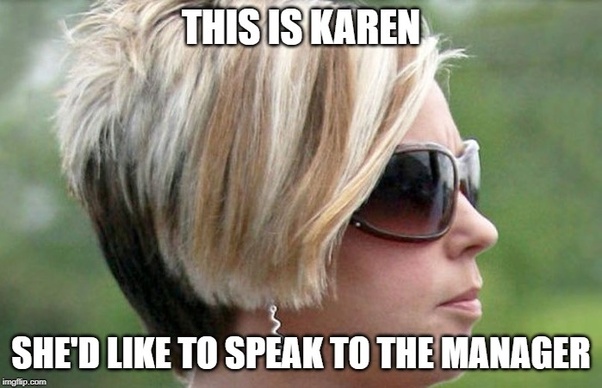 Karens, born between 1961 and 1981, are “privileged from the system the boomers set up for them and [are] now acting entitled and working against Gen Z,” explained one woman online.

“They’re usually racist, homophobic, and transphobic, don’t believe in vaccines or climate change, and are mostly also the parents of Gen Z children.”

Gen x is now called the Karen Generation and honestly I think I’m ok with that.

Gen X is known for its ironic detachment and hip nihilism. We consider ourselves the cool ones. But let's also admit a dirty truth:

Almost all Karens are Xers.

(I blame The Rachel.)

So if you’re between 38 and 58 years old, you might want to stay off social media for a while if you want to avoid a roasting! 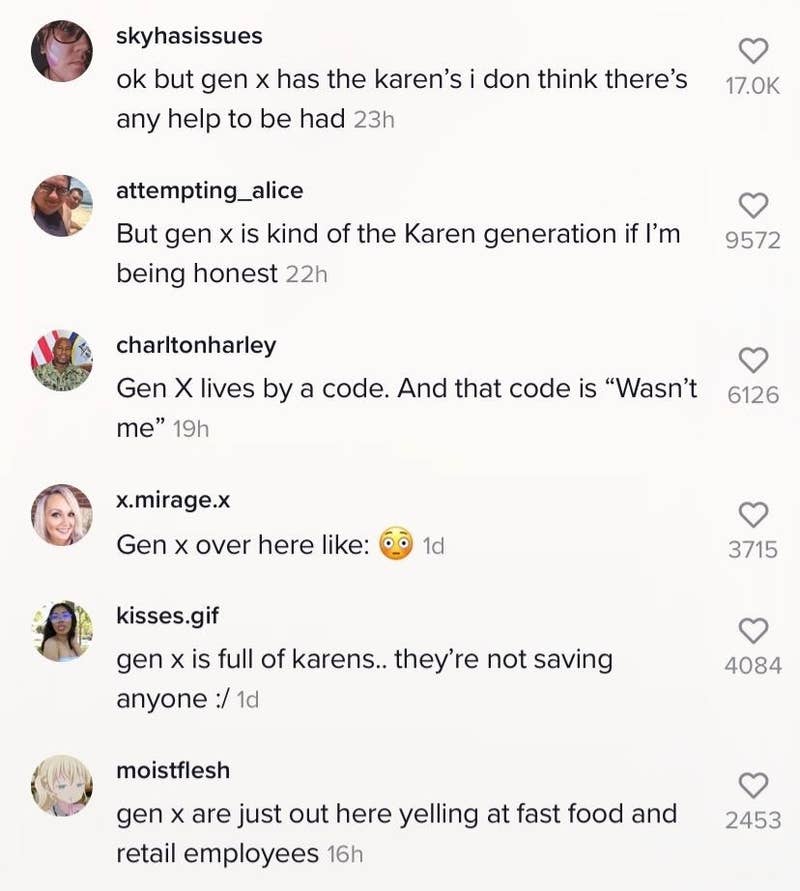