A man has shared the hysterical moment her daughter tried to eat one of her tampons, mistaking it for a chocolate Twix bar.

The mum posted an image of a half-chewed tampon to The Motherload Facebook group, explaining that she had accidentally allowed her daughter to eat it as a “sweet”.

“Mum can I eat one of those sweets in the orange wrapper?” the daughter reportedly asked.

“Yes babe, sit at the table though”.

“Like you do any chocolate, open it and bite it”. 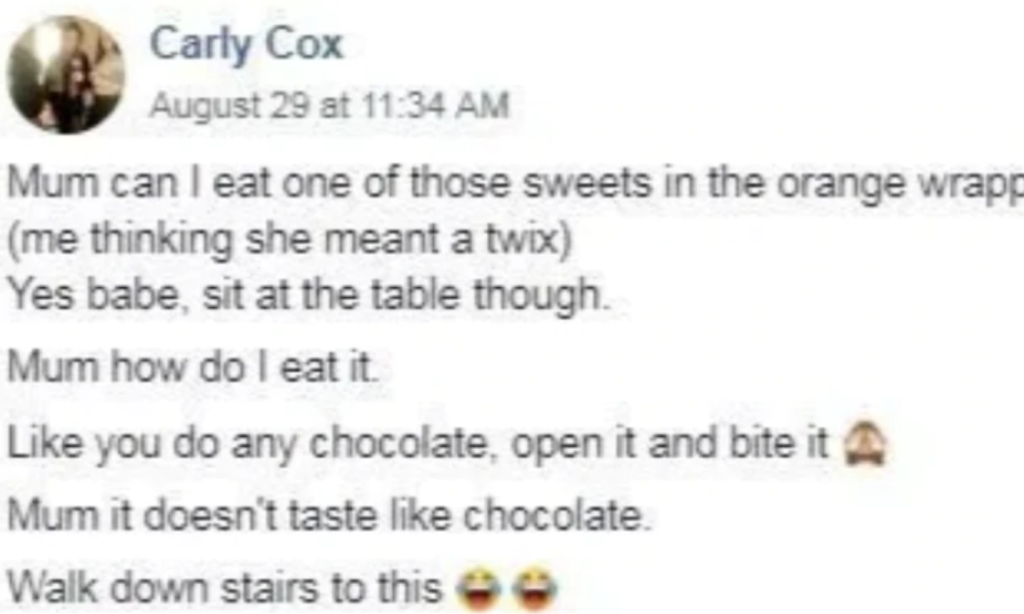 The woman attracted hundreds of responses with most “howling” with laughter, admitting that their own children had made similar mistakes.

“Mine thought they were sweets when they were younger,” one person commented.

Another added, “[I] went upstairs when my lot were little to find sanitary pads all over the windows…. They told me they were playing with airplanes”.

Missed The Christian O'Connell Show? Catch up by clicking play below and join us from 6AM every weekday!
children funny Parenting tampon

Big W Launches Up To 80% Off Clearance Sale

A Mums 'Happy Birthday' Message On Facebook Has Just Cost Her $350!