We’re coming for you LEGO Masters! Our LEGO creation skills are certainly going to be put back into practice with the release of their latest sets designed specifically for big kids at heart.

In an epic new pop-art series, the building block company today announced the release of sets dedicated to pop culture, including Marilyn Monroe, The Beatles, the Marvel universe and Star Wars!

The four new LEGO sets are designed for adults to pay homage to their idols by creating their very own LEGO artworks that can be displayed in their homes, offices or wherever you please. 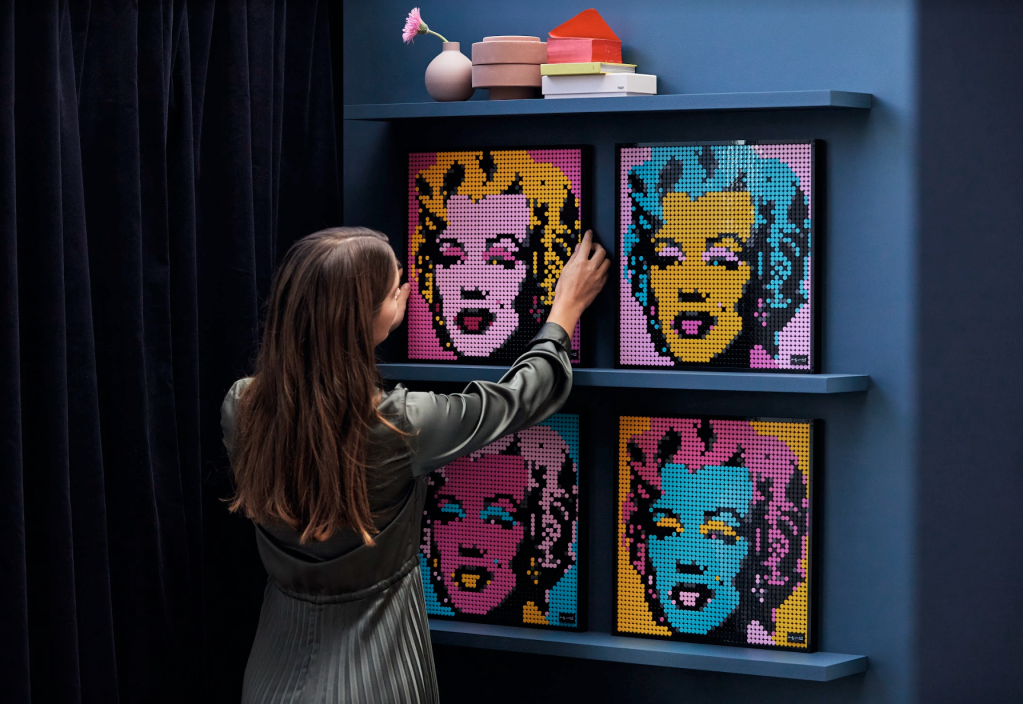 Each set allows the user to get creative as you can transform a blank canvas (of LEGO base plates) into a work of art and each set can be reimagined in a number of different ways to express the personality of each builder.

They also come with a new hanging element to make it easy to display your new LEGO artwork.

Here’s the exact details on the four pop-art sets that will be available:

● LEGO® Andy Warhol’s Marilyn Monroe – Pop art admirers can now recreate Andy Warhol’s famous bright pink screenprint of Marilyn Monroe from 1967, or reimagine it in three different colours using LEGO tiles. As art and design lovers tailor the tone of their piece to suit their artistic temperament, they can tune in to new insights and details about Warhol from those that know him best.

● LEGO® The Beatles – Music lovers can bring Beatle-fandom into the home with a LEGO portrait of their favorite band member, whether it’s John Lennon, Sir Paul McCartney, George Harrison or Sir Ringo Starr. Each set can be used to create four unique portraits or collect four and display the full band side-by-side. Fans can get by with a little help from friends of the Beatles as they switch their headphones over to accompanying soundtrack to listen to music and stories about the band as they build.

● LEGO® Marvel Studios Iron Man – Super Hero fans can decide between powering their hero up with the MARK III, the HULKBUSTER MARK I or the MARK LXXXV with this 3-in-1 set. After the tough decision is made, builders can recharge by listening to cool details about the set and stories from Marvel Experts as part of the accompanying soundtrack. Fans who want to channel Tony Stark and ‘run before you walk’ can combine three of the same sets into one to create the ultimate Iron Man artwork.

● LEGO® Star Wars™ The Sith™ – Celebrate iconic villains from a galaxy far, far away with this 3-in-1 portrait set. Choose between portraits that pay tribute to the Sith, with Darth Vader™, Darth Maul™ or Kylo Ren™, or take the artwork to the next level by combining three sets into an ultimate Darth Vader™ wall piece. The soundtrack means the Force will be with fans as they create their very own piece of wall art while listing to music from the films and fun stories from Star Wars™ creators.

Each one will set you back $199 and they will hit stores available for purchase from today.

Missed The Christian O'Connell Show? Catch up by clicking play below and join us from 6AM every weekday!
LEGO marilyn monroe marvel pop culture pop-art Star Wars the beatles

Iconic Holden Predicted to Sell for Over $1M at Auction