Prosopagnosia. Despite it being a condition that in some form affects one in fifty of us, most people would never have heard of it.

Also known as Face Blindness, it can get that bad sufferers can struggle to remember what their own kids look like.

An impairment in the recognition of faces, the medical condition can leave people to rely on recognising others by their non-facial information – their hair, gait, clothing, voice and so on.

For sufferer Lucy Barnard, her face blindness was no more obvious then when her partner got a haircut. 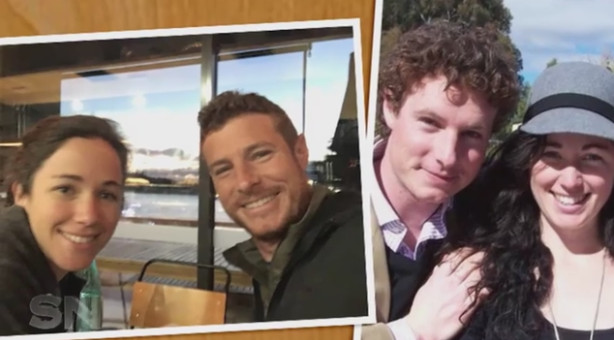 Photo: Lucy and Matt before and after a haircut

Her now ex, Matt Ryan, told Sunday Night, he didn’t believe in the condition till that moment.

“I knocked on the door and in opening it, obviously, Lou [Lucy] wasn’t expecting it would be me and she hadn’t heard me, she hadn’t seen me, before that point,” he explained.

“Because there was this drastic change in my appearance – with regard to my hair, she didn’t recognise her partner of five years.”

Dr Karl Kruszelnicki revealed he also suffers from the condition and it has led to some embarrassing moments.

“I was at a three day conference on comedy writing and there was this guy I thought I knew maybe,” he told Sunday Night.

“Then the second day I thought maybe I know him. Third day I said ‘Look, do I know you? I’m Karl’.

“He said ‘Hi Karl, I’m Damien, I’ve just finished working with you for six months on our second series of the Sleek Geeks TV show where we saw each other six days a week – for six months’.” 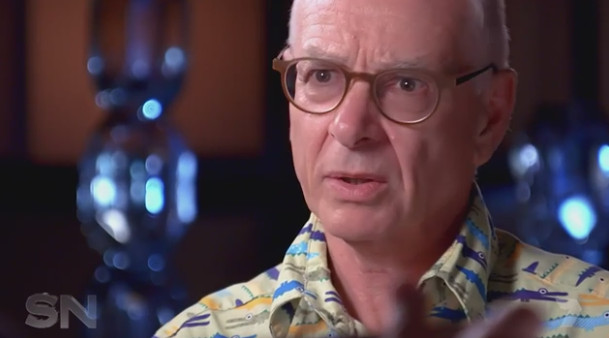 Photo: Dr Karl trying to recognise a famous face during the interview

He described it as a water barrier that washed his co-worker’s face into “indistinctness” and before being told who it was his face was blurry.

According to the Centre For Face Processing Disorders, prosopagnosia was previously thought to be solely sustained from neurological damage.

However, recently it’s been found that some people have what is called “developmental” or “congenital” prosopagnosia.

Sufferers who fall in this category simply fail to develop the ability to process faces like most people – despite normal intellectual and perceptual functions. 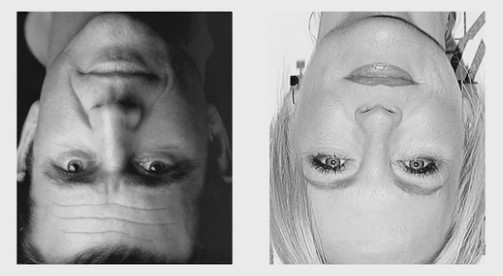 Photo: It can be similar to the confusion of looking at a face upside down.

There are suggestions it could be a genetic condition with evidence finding may people have a first-degree relative who also struggles with prosopagnosia.

So if you’ve always struggled to remember faces – you may now have a legitimate reason why!

People Are Losing It Over This Lipstick’s Secret Compartment