Ok, so I’ve seen some crazy food combinations in my time, but this one might take the cake!

The newest and crazy food item combines oreo and mayonnaise to create a unique flavour known as ‘Mayoreo’.

But, if you wondered why it’s dividing the internet, that’s because… it’s not real!

The ‘Mayoreo’ was created by a photoshop genius whose innocent prank accidentally went viral worldwide. 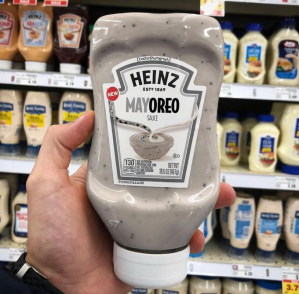 The divisions come from thousands of Twitter fans, with half saying this is disgusting and the other half entirely for the new flavour.

So, whilst this isn’t real if it did become a thing, would you try it?

Chatime Have Released Their Own Bubble Tea Kits At Woolies!

It's The Most Wonderful Time Of The Year, Bailey's Has Dropped Apple Pie Liqueur!

McDonald's Has Added Southern Style Fried Chicken To Their Menu