There’s a number of snacks out there that we would describe as Australian icons. Vegemite is at the top of the list; Tim Tams are a given; and without a doubt Nestle’s Milo mixed with milk is right up there.

But now, the iconic Aussie brand have announced that they are making a major change to the Milo recipe, and we don’t know how to feel!

The new version of the choc malt drink is said to be healthier and includes 30% less added sugar. It comes after Nestle Australia copped backlash over the product’s controversial 4.5 health star rating last year. 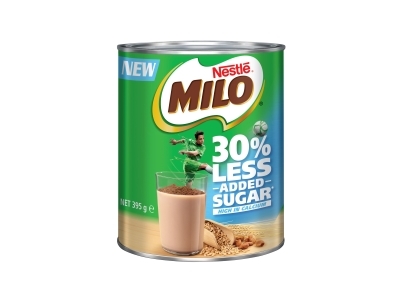 Of course with the announcement of a change after more than 80-years on supermarket shelves, there’s one question on everyone’s lips. Will it still taste the same?

Spokeswoman for Nestle, Margaret Stuart, seems to think so!

“It tastes exactly the same, so much so, most people don’t even notice the difference,” she said to News.com.au.

“We found in testing that people really loved the concept, but they liked it even more when they tasted it. It really exceeded their expectations. It tastes great.”

The new version of Milo has been in production for two-years and will be available from next month without any Cane Sugar in the ingredients.

But don’t worry, you’ll still be able to buy the original version if you prefer!

Nestle general manager Andrew McIver has said that the change comes as families are becoming more concerned with the nutritional value of the food they’re feeding their kids.

“With parents increasingly concerned about added sugar in their children’s diets, we’ve created an option that is true to the Milo heritage and encourages people to drink milk, but delivers less added sugar.”

“People will be able to choose whether they want the original Milo, or the Milo 30% less added sugar, knowing that whatever they choose will taste delicious,” he added.

We’ll have to wait until early May when the new product is released to see if it lives up to the hype created by the people at Nestle!

Guzman Y Gomez Giving Away A Year’s Supply Of Burritos