Tooheys, XXXX, VB… what would be your pick for Australia’s most popular beer?

According to vinepair.com the beer we have a thirst for right now is none other than VB – Victoria Bitter.

While we’re certain there will be plenty of people ready to defend their favourite brew, according to Vinepair the most popular beer was based on market share for the most recent year available.

It joins the likes of Budweiser, Tiger and Corona for being named most popular beer in countries around the world.

Check out which beers are popular where below. Click here to see large image. 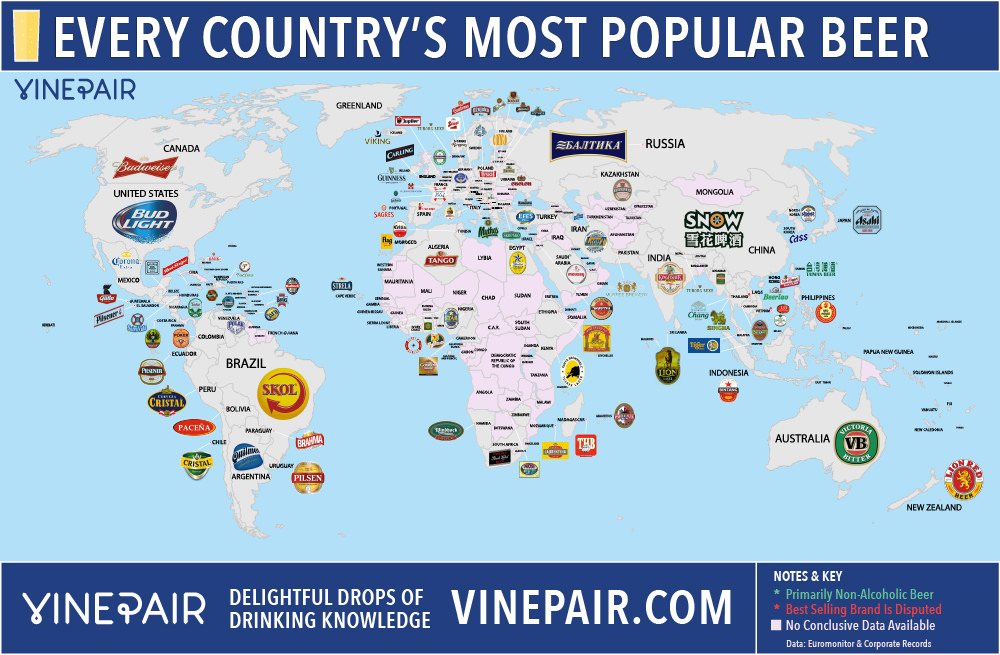