They tried to make a come back with EmotiBites last year, which… while acceptable, was NOT the same and would never be the same.

Well now, I have truly epic news for you all!!

McCain is bringing back the one and only iconic ‘Smiles’ the way we remember them but a little bit smaller.

The ‘Mini Smiles’ is part of their Quick Cook range and cook in half the time (and even less if you own an air fryer from personal experience) which is a game-changer in the oven snack food world of which I’m a connoisseur.

“It’s quite special to see parents be able to provide their kids the same childhood memory they once had through our Quick Cook ‘Mini Smiles’. This just shows the great place McCain holds in Aussies hearts” said Nicole Doolette, McCain Foods Marketing Manager for Potato. 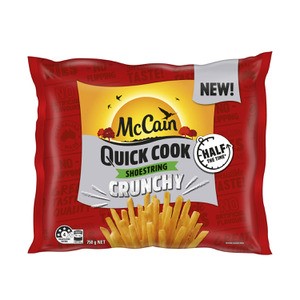 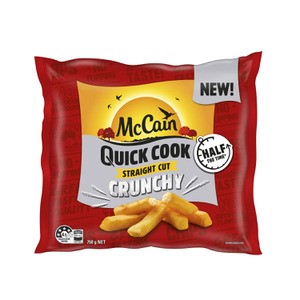 Missed The Christian O'Connell Show? Catch up by clicking play below and join us from 6AM every weekday!
Potato

Coles Are Now Making Meat Pies With The Sauce Baked Into It!

Melbourne Just Got Itself An Italian Yum Cha

Man Proposes To Girlfriend By Hiding Ring In Her KFC Lunch