Since it was first published more than 85 years ago, the beloved Monopoly board game has provided fuel for family feuds across the world, in addition to giving children an early taste of financial ruin.

And now, Hasbro, the longtime publisher of the game, is adding even more fuel to the schism between generations by changing (gasp!) some of the game’s most famous cards.

The game makers plan to update the Community Chest cards from the classic version of the game to exorcise outdated prompts such as winning a “beauty contest” (superficial) receiving a “tax refund” (untoward for a real-estate mogul) or the fantastical “bank error in your favour” (technically stealing in real life).

In their place will go some more contemporary cards to appeal to modern-day concerns, like community and social awareness.

Some of the new cards could include a rewards for fundraising locally, rescuing a pet from an animal shelter or volunteering at your local senior centre. 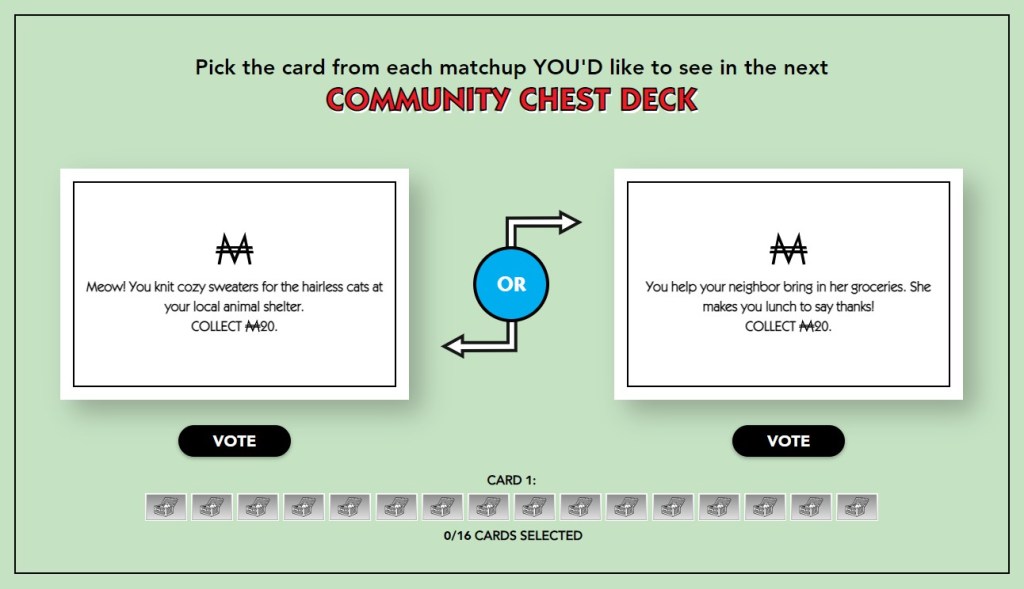 They could also include punishments for selfish acts like “blasting music all night,” not returning a lost wallet or failing to recycle.

“With community being more important than ever before, this year is the perfect time to give fans across the country the chance to show what community means to them through voting on the new set of Community Chest cards — and for Monopoly, champion the nation’s philanthropic spirit to give back to those most in need via its Community Chest fund,” Hasbro marketing director Anne Leonhardi said in a statement.

Community Chest rewards will continue to range from 10 to a few hundred Monopoly dollars. Fines include the same range, plus, of course, jail time.

Hasbro is encouraging players to vote on what the new Community Chest cards should include.

They can make their picks here until April 9.

Missed The Christian O'Connell Show? Catch up by clicking play below and join us from 6AM every weekday!
monopoly

Coles Will Be Giving Away Stainless Steel Cookware This Month

Forget The Old Swing On A Tree, You Won't Believe The Things You Can Turn Your Old Tyres Into Now!