A Melbourne mother was completely shocked and angered by a children’s toy she purchased at Kmart for her four year old son.

The toy, which Tanya Husnu says is aimed at young children, is a lion.

The purchase was made on their way to a fun day out at the zoo.

After receiving the toy, Tanya’s son quickly pointed out that it had a “willy”. The 33 year old mother had a closer look at the toy and was surprised to find the definite depiction of male genitalia.

Speaking with news.com.au the mother described the day.

“We were planning a trip to the zoo, and I thought it would be really great if the kids could take some animal toys with them on the day.”

“We went into Kmart, and my three youngest picked out their own toys.”

“They were all really happy with them.”

“Then one of the twins turned the lion around, and my daughter yelled out, ‘Look mum, the lion’s got a willy’, and they all started laughing.”

While speaking with news.com.au Tanya Husnu said that Kmart should not be selling this toy, and that parents should be able to decide when their children learn about genitalia. 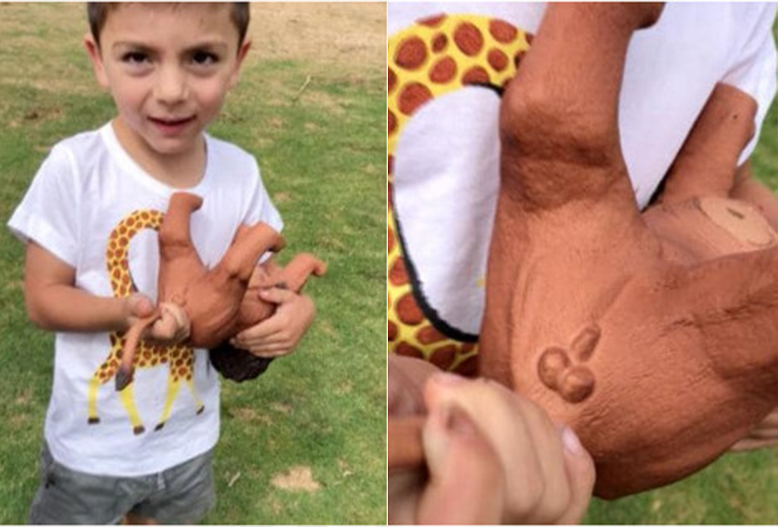 “I thought it was really inappropriate,” she said.

“In this day and age, it’s not acceptable to have things like that on children’s toys.”

“I buy a lot of toys, and my house is full of toys. But I’ve never seen anything like this before. It’s so stupid and just plain weird.”

“I mean, it’s funny as well, and you can’t help but laugh, but it’s still just not appropriate for a child’s toy that is on full display in the kids’ section.”

“My kids thought it was hilarious though.”

“At the zoo, they kept lifting up the tail and showing strangers walking past the lion’s bits as they walked past and yelling out ‘willy!’”

“It was so embarrassing.”

Ummm Friends Monopoly Is A Real Thing And Where Do We Pay?!

Asos Is Introducing Their Very Own Homeware Collection