One woman’s dedication to looking after her succulent for two years has been labelled ‘a lie’ after she discovered it was plastic.

Caelie Wilkes was a proud plant owner – she even had a watering plan for her succulent.

“…if someone else tried to water my succulent I would get so defensive because I just wanted to keep good care of it,” she wrote on Facebook. 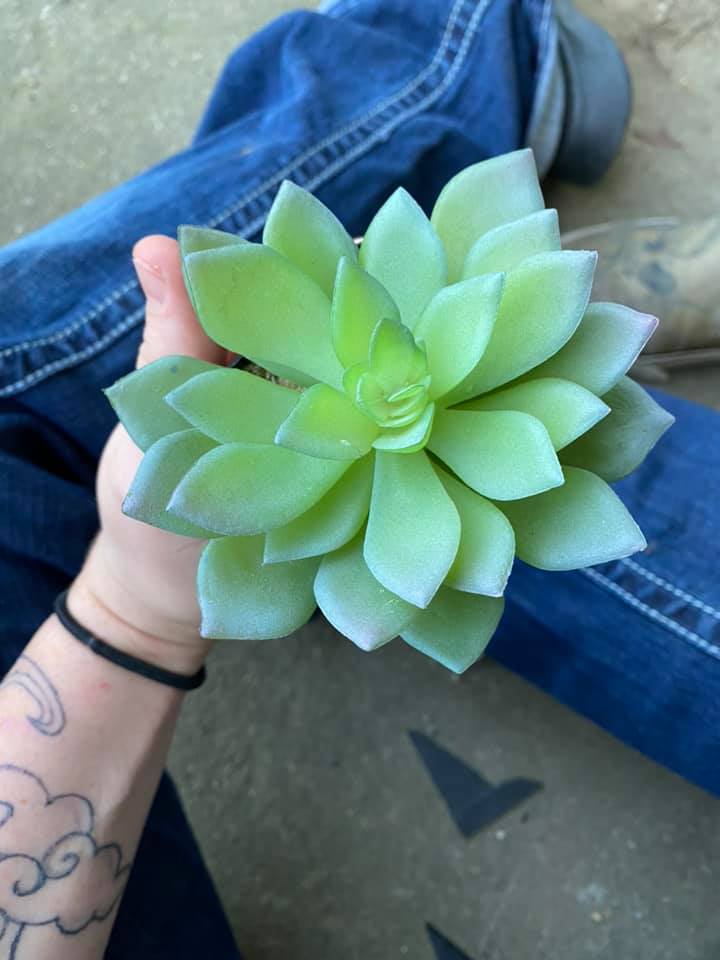 After two years, Caelie decided to re-pot it.

Instead of finding soil and roots, she found polystyrene.

Her plant, which she had even lovingly washed its puffy little leaves, wasn’t real.

“Tried my hardest to keep it looking its best, and it’s completely plastic,” she lamented.

“How did I not know this? I feel like these last two years have been a lie.” 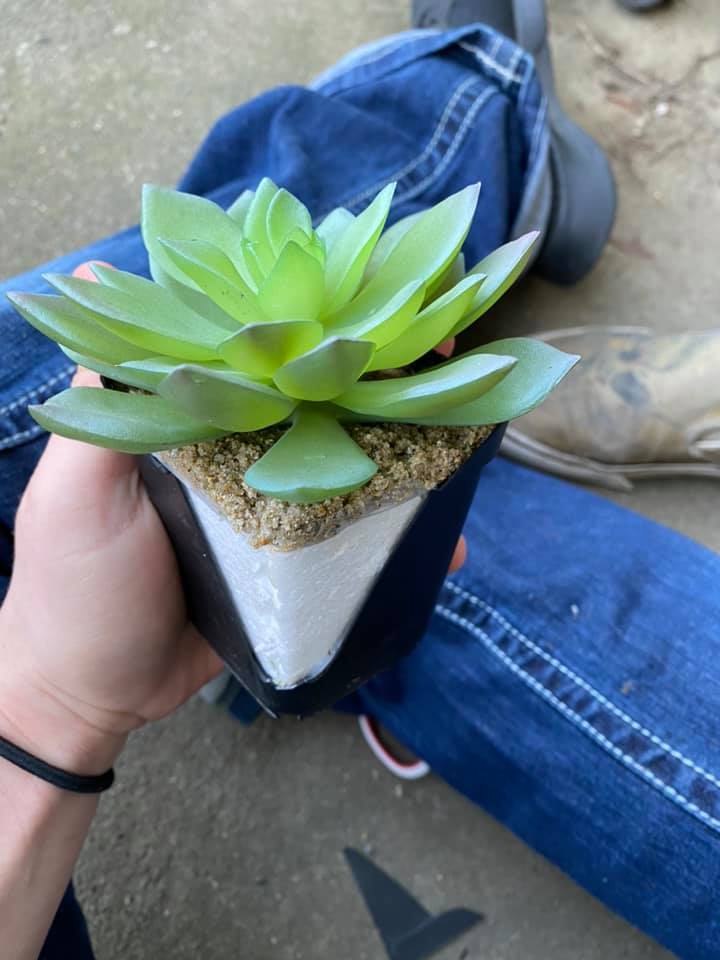 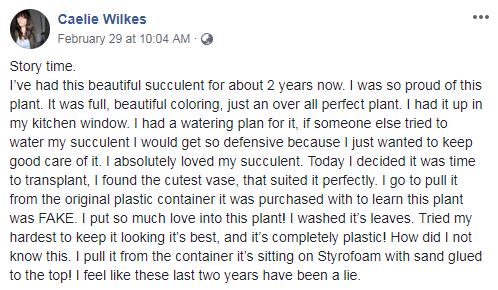 But instead of being ridiculed, Caelie has been getting some solid support from an indoor plant enthusiast group that picked up on the story.