If you weren’t already excited about the upcoming biopic ‘Bohemian Rhapsody’ about the life and times of Freddie Mercury, here’s your first look at the new film about the early career of Elton John, and it looks AMAZING!

Called ‘Rocketman’ the film stars Taron Egerton, who not only looks EXACTLY like Elton during his 70’s heyday, but also performs several of Elton’s classics as well.

Egerton has pointed out that the movie won’t be a standard bio-pic, labeling it a so-called ‘fantasy musical’ – which is in evidence in the trailer s one scene shows Egerton in character, along with a cheering crowd, levitating from the ground as the film’s title track blares out. 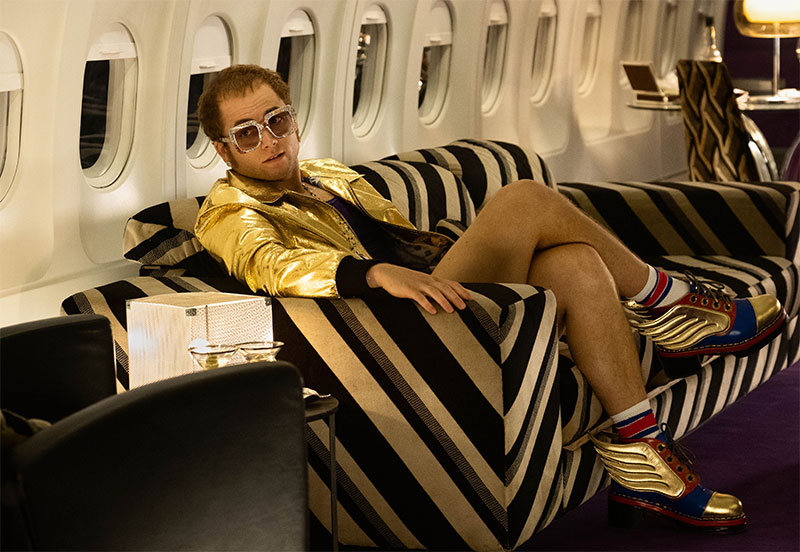 Egerton told Collider earlier this year: “We are making a movie called Rocketman about Elton John’s formative years. Everyone thinks it’s a biopic. It isn’t. It’s a fantasy musical so it’s actually his songs used to express important beats in his life at emotional moments. He’s not the only character that sings. It’s going to be fun.”

“I’ve recorded some songs. I’ve been doing singing lessons. The next step is I need to think about choreography and trying to create some semblance of a performance that is at least reminiscent of him.”

Rocketman is due to land in cinemas next year.

Christian Calls Pies Fan Dylan To Find Out How His Weekend

The At Work Timewaster - Make A Song Sick

Christian Opens Up About His Very Interesting Weekend