Now, the band’s making up for that lost time with a U2 heavy episode of The Tonight Show set to air later this week.

Since the show won’t be filming on Friday, the band have been taping various segments throughout New York City the last few days.

Disguised with sunglasses and hats, U2 performed the 1988 Rattle and Hum single “Angel of Harlem” to a sizable crowd. Unbelievable! 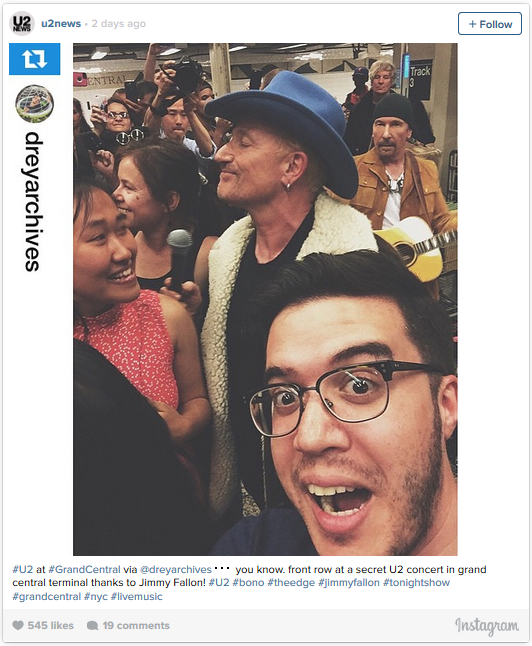 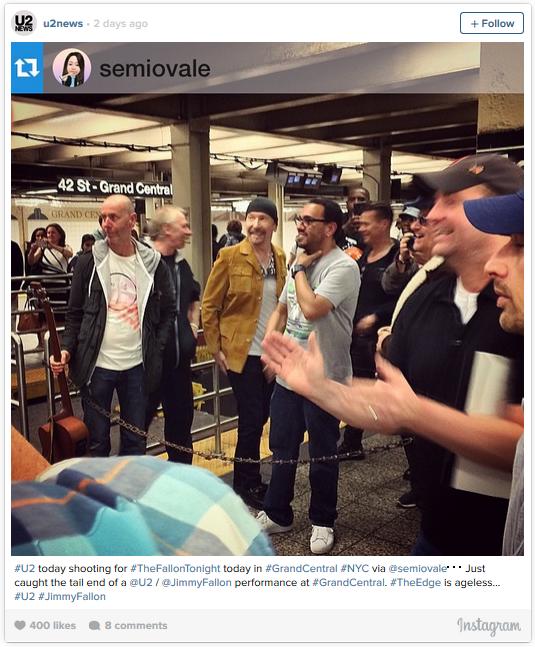