He’s been working behind the counter of Springfield’s Kwik-E-Mart for over 28 years, but it looks like Indian shopkeeper Apu is reportedly getting the boot.

The portrayal of the character, who is voiced by white actor Hank Azaria, has sparked debate as of later following the release of the TV documentary, The Problem with Apu.

The documentary, presented by US comedian Hari Kondabolu has branded the character a “racist caricature”. However, he does not support the idea of the show simply “killing off” the character, and instead, urges the writers to “keep him” and “complicate” him.

Sources close to the show claim that the extreme backlash has led them to write the character out of the show, completely. To make things even more complex, the actor who plays Apu, Hank Azaria, has threatened to leave the show due to the controversy.

While it hasn’t been confirmed by the producers of The Simpsons, Adi Shankar has come forward confirming the news.

The film producer, best known for the 2011 Liam Neeson thriller The Grey, says that the show is dropping the character altogether “just to avoid the controversy.”

However, Shankar is on a mission to save the iconic character, with the hopes of producing an episode that raises all the issues of stereotyping provided in the documentary, and subsequently, ‘updating’ Apu for a more modern audience. 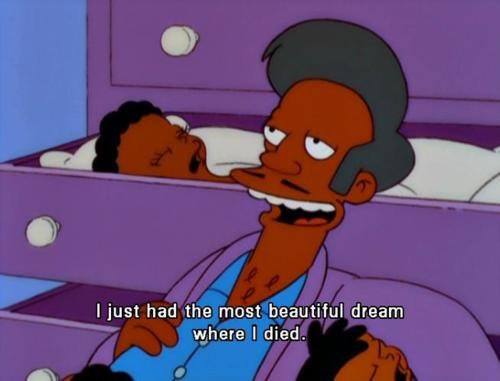 TAKE THE TEST: WHICH SIMPSONS CHARACTER ARE YOU?

Did Amanda Win Flashback With The Daggiest Song Yet?