Have you ever noticed that Dolly Parton always wears long sleeves?
We’ve got you thinking, haven’t we?

Despite her career spanning over 50 years, we have yet to get a glimpse of Dolly’s arms. Rumours have circulated for years that the real reason why she doesn’t show her arms is because they are covered in tattoos.

Speculation has slowly turned into fact with celebrities, and even Dolly herself, confirming the rumours.

Jay Leno was the among the first to tug on Dolly’s fabric and reveal a hidden tattoo, but since then she’s spoken about her ink history in several interviews, giving a satisfying and definitive explanation to Larry King after a British comedian published a memoir that spilled the secret.

“I have some tattoos that I started doing just to cover up some scarring,” Dolly told King. She explained that her tattoos cover up keloid scars, which are a type of raised scar that forms on the skin after an injury, surgery or other trauma.

She explained further in another interview, “I have a few little tattoos, but usually my tattoos were before they became a fad. I have a tendency to scar easy and I’m so fair-skinned that I stay purple right where I’ve had a scar. So I started having little pastel tattoos, pastel butterflies or little things, just to cover scars.”

Roseanne Barr also confirmed the rumour in a talk-show appearance in 2011.

“Do you know who’s totally tattooed?” she said.

“Dolly Parton is totally tattooed. She showed me. She’s got all these awesome tattoos all over her body — no black or blue lines, all like pastel, gorgeous bows all over everything,” she told host Craig Ferguson.

Eagle-eyed fans also noticed during the 25th anniversary DVD launch and cast reunion party for ‘9 to 5’, a butterfly tattoo visible through the singer’s blouse. 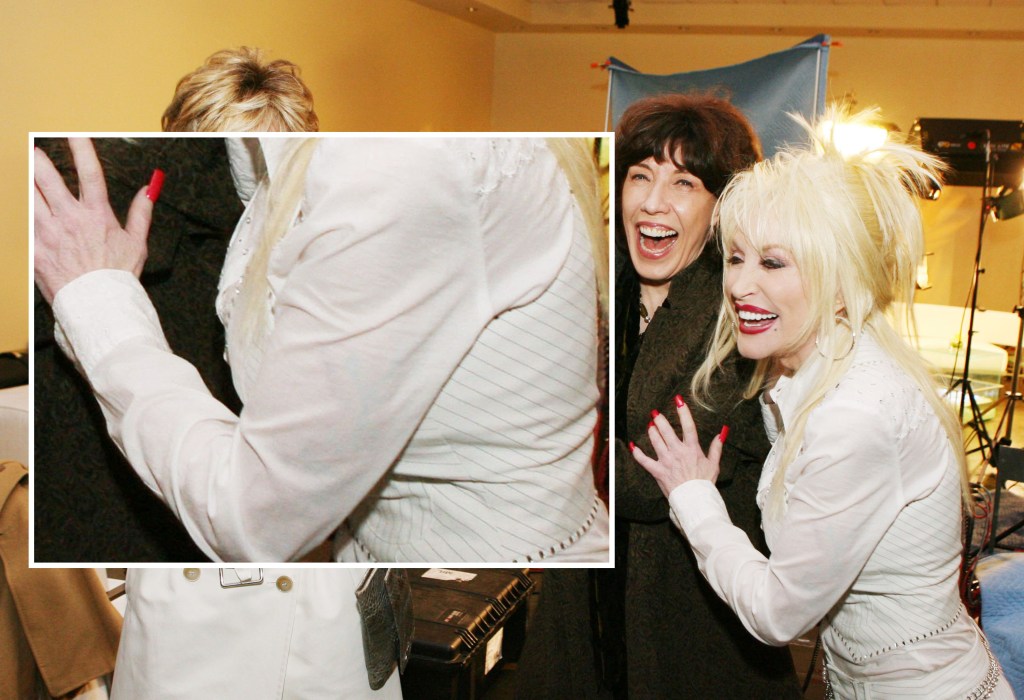 While we may never get a proper glimpse of Dolly Parton’s tattoos, it’s pretty cool just knowing they are there!

The Block Rocked By 'Cheating' Scandal