Kim Kardashian West made her long awaited return to social media on Tuesday, after a three-month silence following her terrifying Paris robbery.

But after sharing a sweet family snap with husband Kayne West, 39, daughter North, three, and son Saint, one, to Twitter and Instagram, there is one very surprising new change to the reality star’s accounts.

Kim what you doing? Where the West at? pic.twitter.com/FwfaMyQdQS

Not long after she then changed them back again to read ‘Kim Kardashian West.’ 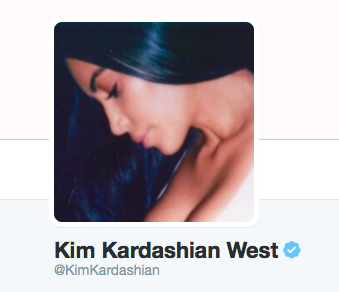 The change comes after rumours emerged that the couple’s relationship had been under strain following Kanye’s recent hospitalisation for exhaustion in November.

Kim made her marriage to Kanye West Instagram and Twitter official following their Italian wedding in 2014, changing her handles to @KimKardashianWest during their honeymoon.