Freddie Mercury had the ability to connect with each and every single person in his audience, no matter how big the gig was. And, despite Queen’s increasing popularity over the years, the frontman continued to keep up one particular tradition, even when he was playing stadiums.

In a bid to express his love and appreciation of his fans, Freddie would spend some of the final song of their set by giving out roses to his fans. He was even thoughtful enough to trim every thorn on the roses’ stems, so not to prick the fingers of the grateful recipients.

Fan site FreddieMercuryClub states: “At the end of every Queen show [mostly in Queen’s early gigs from 1975 to 1978] Freddie would throw a handful of flowers into his adoring audience. I’m sure you’ve noticed this if you’ve watched Queen’s 70s concerts.

“The thorns of these long-stemmed red roses would have been plucked out one by one by a crew member because Freddie didn’t want anybody to get hurt in any way.”

💥Freddie Throwing Flowers💥 . 👉At the end of every Queen show (mostly in Queen's early gigs from 1975 to 1978) Freddie would throw a handful of flowers into his adoring audience. I'm sure you've noticed this if you've watched Queen's 70s concerts. . 👉The thorns of these long stemmed red roses would have been plucked out one by one by a crew member because Freddie didn't want anybody to get hurt in any way. ❤ . 👉The throwing of flowers ritual started to wane but that doesn't mean Freddie stopped throwing things all together to show his love to his "beauties" 😁 and he would take every opportunity at hand to throw flowers in later years too even if it was at a formal ceremony like Fashion Aid 1985 (8th photo). 😁😍 . 👉P.S. Freddie was the real flower that kept on blooming and spreading the world with his divine aroma (still does). He was love itself. I mean doesn't it just melt your heart that Freddie wanted the thorns to be plucked out so that nobody would get hurt in any possible way? How sweet and gentle and considerate can a person be? 😩❤ . #FreddieMercury #flowers

However, during a show in 1975, disaster struck.

A newspaper cutting from October 1975 reveals: “While Freddie, Bryan, John and Roger were on stage performing, someone backstage discovered that the roses Freddie throws to the audience during the final number were missing.

“Unseen by the ecstatic audience, a member of Queen’s slipped out of the audience and, with the aid of a policeman, raced off in a car, its lights flashing, to find a garden with roses.

“They managed to find a fresh bunch for Freddie to shower on the fans. That is dedication. And because of it, Queen are all set for a long, long reign.”

In one last final twist, a fan commented that the roses that night came from somewhere a little shocking – a cemetery!

Another fan added, “The roses mentioned in the article that Freddie threw into the audience were actually stolen from a local cemetery. Thanks to Jane Palm-Gold for the tidbit.”

While we don’t endorse this sort of behaviour, it does encapsulate Freddie’s cheekiness as well as his love for his audiences across the world. He always seemed to find the fun side of everything! 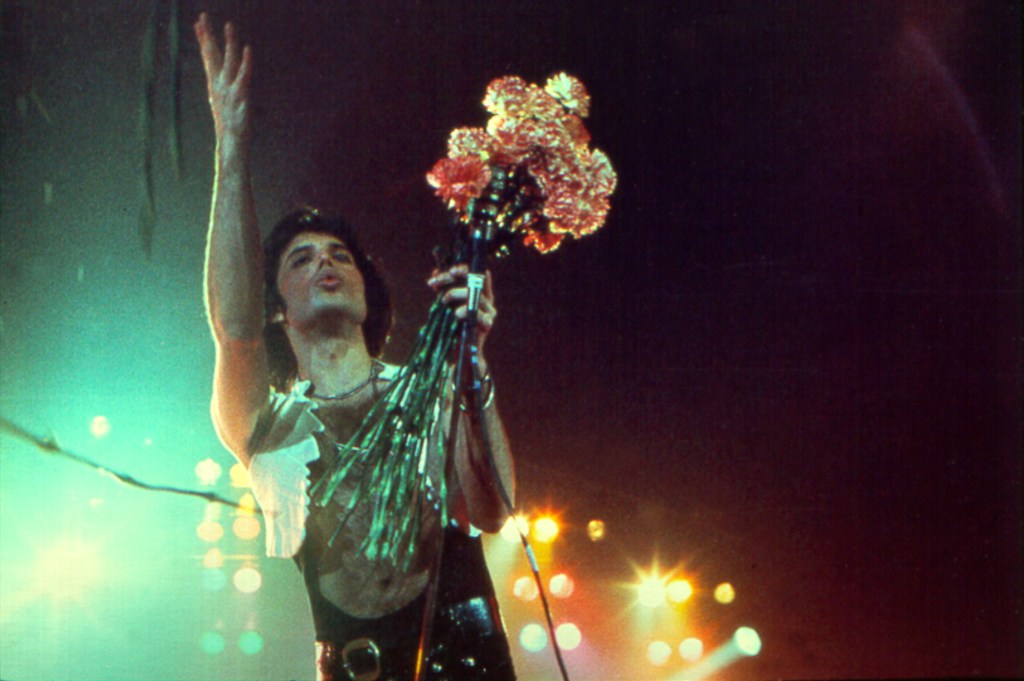 Missed The Christian O'Connell Show? Catch up by clicking play below and join us from 6AM every weekday!
#Queen fans flowers freddie mercury music

Rolling Stone Is Being Roasted For This Massive 'Cock-Up'

The Shock Names Tapped To Be The New 'Today Show' Host