Thousands of climate warriors are expected to take over the streets of Melbourne to pressure the federal government to take strong environmental action.

A group called Extinction Rebellion will host a climate rally at Victoria’s Parliament House on Friday at noon before leading a march through the streets.

“The climate emergency is not a political issue, it is a scientific fact,” a statement from the rally organisers states.

Organisers say 5000 demonstrators will lie ‘dead’ on the road to show the Earth’s sixth mass extinction (pictured below at the Natural History Museum in London last month). 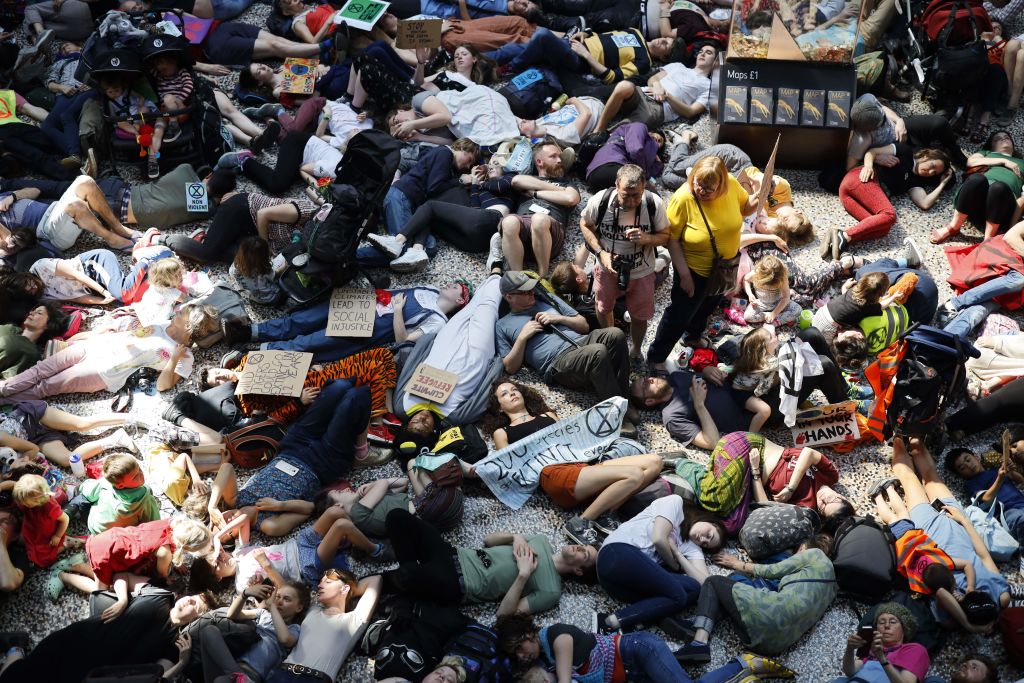 The rally is expected to cause major disruptions to commuters across the city.

The group want the federal government to declare a climate and ecological emergency and reduce greenhouse gas emissions to net zero by 2025.

“Our government isn’t acting in accordance with what science and history tells us,” the group said ahead of the rally.

“We have a moral duty to rebel, whatever our politics. History shows us that peaceful civil disobedience is an effective way to bring about change.”

The action coincides with the Global Climate Strike also on Friday.