And while he could afford it, we highly doubt that Jerry Seinfeld was the winning bid!

The New Romantic-style ivory silk shirt and a black-and-white blazer from the 1984 film sold for $US96,000 each at the sale in California.

Auction house Profiles In History said the signature shirt worn by Prince’s character The Kid had an asking price of $US3000-$US5000 before the auction.

Profiles In History founder Joe Maddalena said the blazer from the film – which had an asking price of $US6000 to $US8000 – was already going to be sold before Prince’s sudden death in April.

The late music star’s make-up artist was given the jacket after she worked with the musician on Purple Rain, he said.

A spokesman for Profiles In History refused to reveal who bought the items from the Icons of Hollywood sale.

Prince, 57, was found dead at his Paisley Park compound in Minnesota on April 21 from an accidental overdose of powerful painkiller Fentanyl.

Last week a yellow Cloud electric guitar that Prince played in concerts sold for more than $US100,000 at an auction. 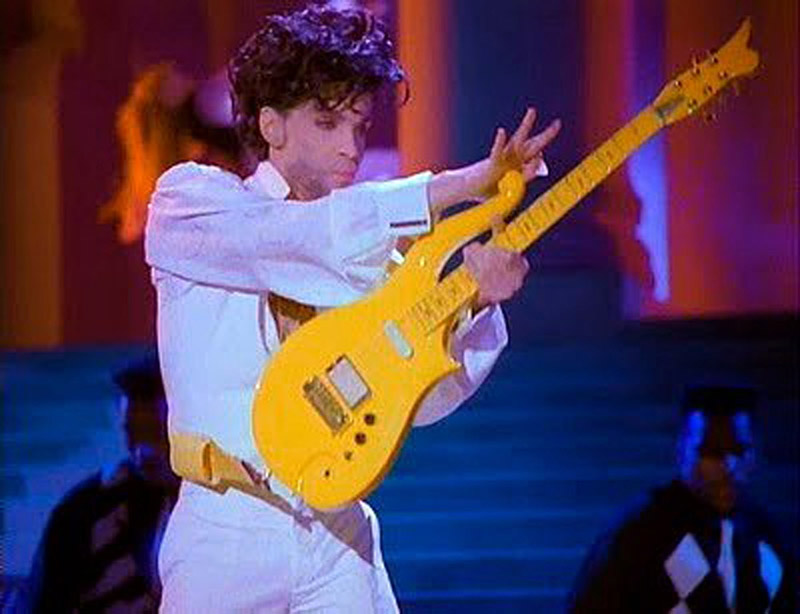 The owner of the American football team the Indianapolis Colts, Jim Irsay, bought the guitar that Prince used at gigs until the mid-1990s.

Tina Turner And Beyonce Team Up For Duet

People Are Flipping Out Over This Aussie Maccas Addition

This Mary Poppins' Tribute Has Us All Nostalgic