As a human being, you’ll know that one of the things we find most enjoyable, is having our minds BLOWN. So with that in mind, it’s no wonder people are going MENTAL over this photo. 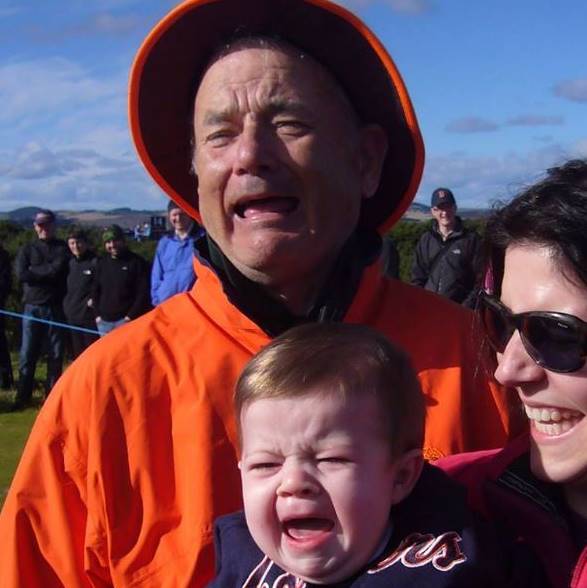 To be honest, it could be either… but we know the answer. It’s a little like the WHITE & GOLD dress dilemma, isn’t?

People see different things… though, there unlike the dress, which experts say people saw differently due to their eyes, there’s only one right answer here.

The truth is the above photo is of Bill Murray and Laura DiMichele-Ross holding her crying son, Alexander, at the Alfred Dunhill Links golf competition at St. Andrews in October 2012. DiMichele-Ross posted the photo to a popular Facebook blog “Reasons My Son Is Crying” in May 2013. The photo resurfaced this week on the Today Show website, reigniting the controversy all over again.

Regardless of what the Internet is saying, DiMichele-Ross still backs her original claim that it Murray. “It’s totally Bill,” she reiterated in a comment on her post. “I can vouch cause I’m the one in the photo with the massive grin thinking ‘Oh my god this is going to be an awesome photo!’ ”

First Look at Margot Robbie in The Winnie The Pooh Movie!

These Fashion Catalogues From The 1970's Are Far Out Man!