Just days after deciding he wasn’t ready for a relationship at all, Nick Cummins, aka The Honey Badger aka The Bachelor… is coming out with a book… which includes tips on how to ‘break up with a bird’.

After the shitstorm that resulted in him not choosing either Brittany and Sophie, it kinda feels a wee bit skeevy to be now shilling a book, but here we are and really, not that surprised.

It’s the third book for Honey, who’s 2015 debut Tales Of The Honey Badger was quickly followed up with Adventures of the Honey Badger the following year. 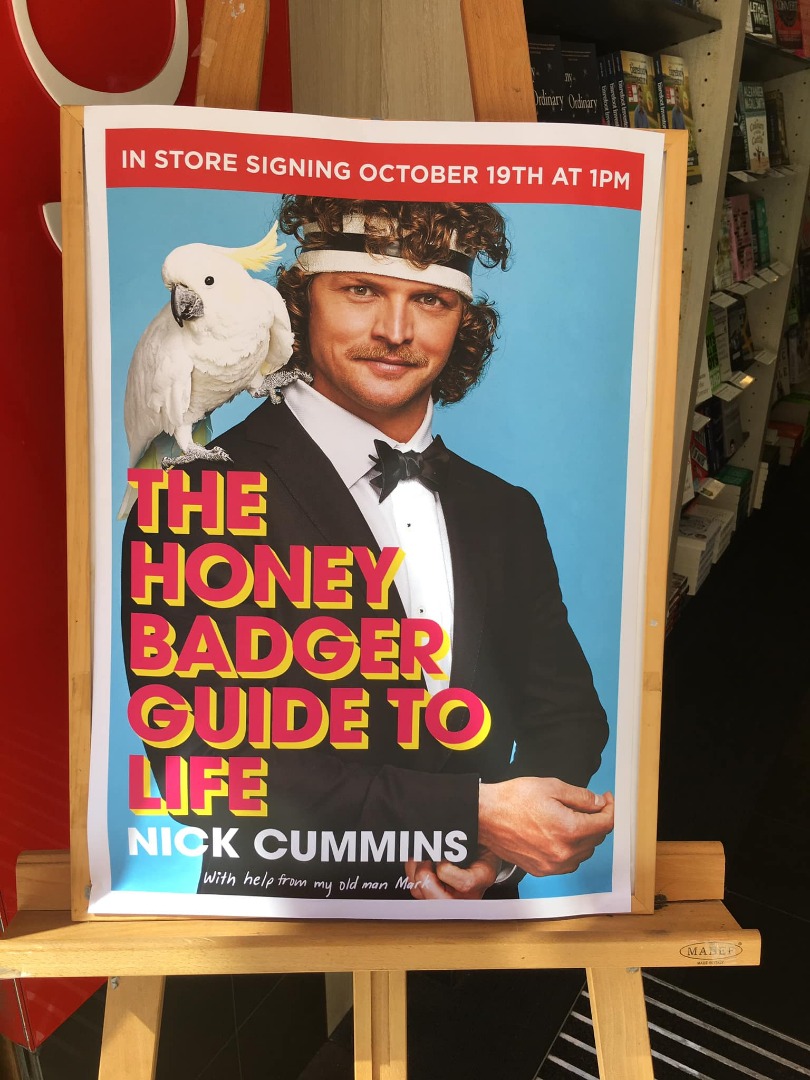 seen outside Dymocks in Perth

In a meme that’s just waiting to happen, The Honey Badger Guide To Life is set for bookshelves around the country and includes tips for those who ‘want to live at maximum revs and get smarter, stronger and happier in the process’.

Tips include how to give a speech, win an argument, administer a ‘man hug’ and how to tell a joke… and, get this, how to ‘Break-up with a bird’. OK.

Reports Nick Cummins Has Confessed His Love To Brooke

The At Work Timewaster - Seafood Movies

Stop Everything, Because Nutella Pasta Is A Real Thing!