Former Neighbours actress Sarah Ellen has been slammed for making the Notre Dame cathedral blaze “all about her” with an insensitive Instagram post.

The 22-year-old shared an old glamorous video of herself modelling in front of the Parisian landmark with the caption: “The first time I went to the Notre Dame. I didn’t think it would be my last. Devastating news for Paris.”

While many are posting images of themselves posing in front of the world-famous Cathedral, it’s the particular video the actress chose that has sparked online havoc. 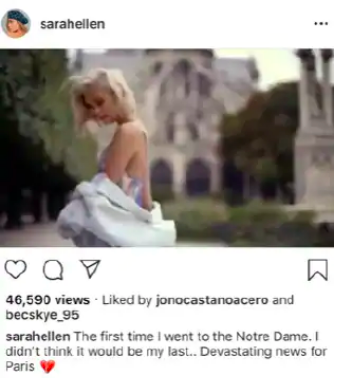 “Jesus, just don’t,” one person commented, while another wrote: “What an absolutely narcissistic post”.

Another person chimed in, commenting: “A video of you dancing in Paris is just all about you getting likes while hijacking the sad tragedy of history lost today.”

One user said the young actress didn’t understand the scale of the devastation, writing: “What level of narcissist does one need to be at to take an event that has almost destroyed over 850 years of human history and make it about themselves?” 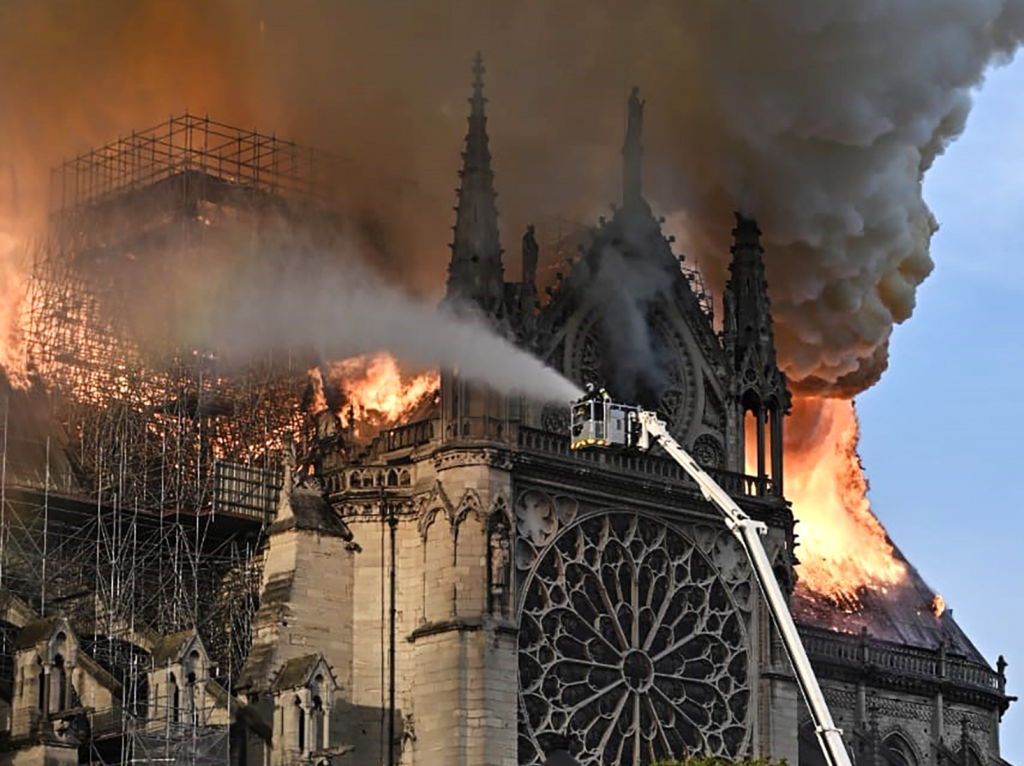 On Tuesday morning, France’s famed Notre-Dame cathedral was engulfed by a massive fire.

Flames burst through the roof of the centuries-old cathedral and engulfed the spire, which collapsed, quickly followed by the entire roof. The fire then spread to one of its two towers.