Sunday night’s episode of Married At First Sight saw a drama-filled commitment ceremony with one of our favourite couples, Nic and Cyrell, choosing to leave the experiment.

Cyrell – known as the participant who wasn’t afraid to speak her mind – has revealed that her split with Nic wasn’t as amicable as it was portrayed.

According to Cyrell, Nic was on the show purely for fame, and there are text messages to prove it!

“1 more night. Aren’t you happy?” Nic said in a text to Cyrell. “Especially because everyone else will be boring and will be good for us as no one else is exciting. Once you go people will stop watching.”

“I don’t care bout that n u know it,” Cyrell replied.

It also appears the MAFS grooms have a group chat where Nic revealed that there was much more to the whole ‘Jessika cheating scandal’ than we thought.

“They made jess havw [sic] a 1 on 1 with me and stuff but i shut it down and said iam married and i don’t think this is appropriate and they let us go back,” Nic wrote.

Fellow groom Mike replied, “Whaaaaaaat? So she actually hit you up for a swap? Buddy they’ll play that for sure. How long did the scene go for?”

“10mins,” Nic replied. “I hope they plau [sic] it to show her being desperate… and me a million bucks for barring her.”

While Nic vehemently denies cheating on Cyrell, reports have surfaced claiming that he was spotted kissing Jessika in an elevator.

Think that’s it? No way!

Martha has slammed Nic on Instagram, sharing a photo from a magazine exposing text messages between Cyrell and Nic. 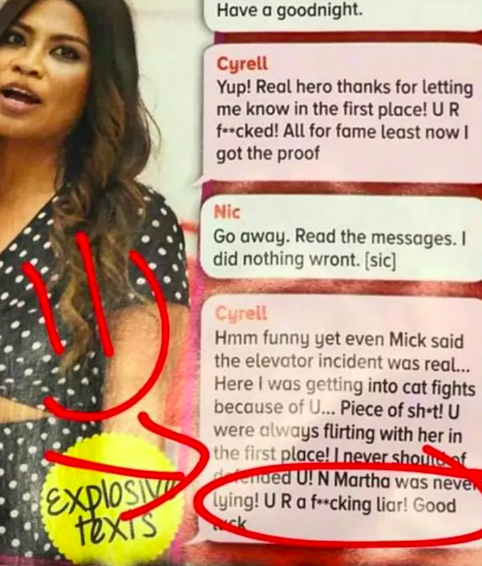 Yep, you read that right – Cyrell just admitted that Martha was never lying.

She didn’t stop there. The 30-year-old took a screenshot of a DM from Nic where she claims he is “covering his tracks as per…” 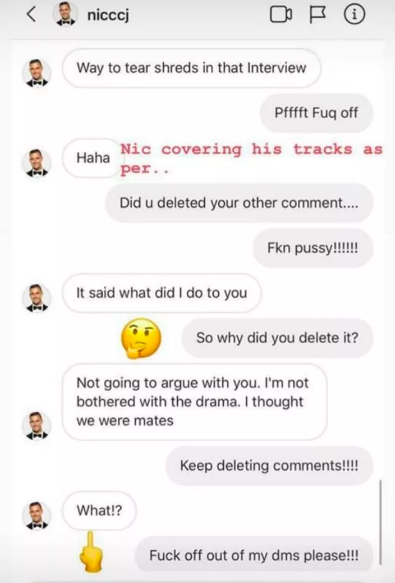 “Nic why don’t you tell us how you really feel!!! Take some responsibility….. we out here copping all the heat and you’re still trying to play the nice guy,” she added in another Instagram Story. 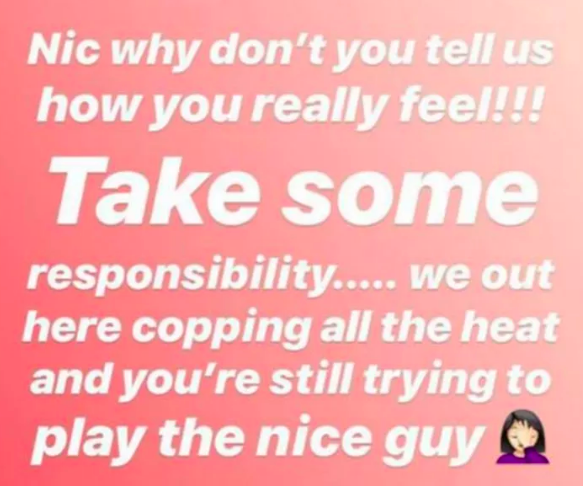 She added: “Also I don’t sell messages to the press… imma go ahead and drop em right here… for free. Yet I’m in the fake fame hungry one!”

Martha deleted her stories shortly after, but that didn’t stop us from taking a few cheeky screenshots!

Magic Is Real...We Got Another Smart Pup