Gosh this season of Married At First Sight has been full of drama and much to our delight, producing fails.

If you were watching Tuesday’s episode as closely as some eagle eyed viewers, you may have noticed Billy’s totally lush Byron Bay home…

We’re not sure how well paid baristas are in Byron, but this house was just something else!!

Former MAFS star Dean Wells (from the 2018 season) used his Instagram to voice his thoughts on the debacle. 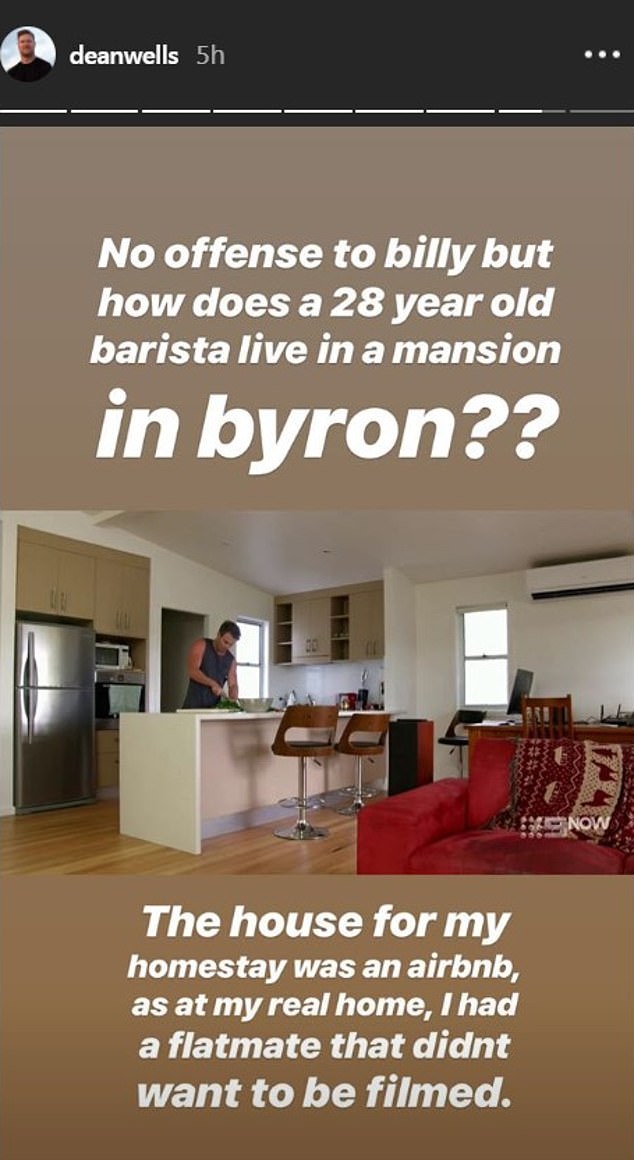 So if Dean’s house was an AirBnb then who’s to say ALL of the other stars’ “homes” are not also AirBnb rentals?!

Could that explain why Billy didn’t know whether he had sweetener when he was making Susie a cup of coffee the other day?!

MORE: MEL SLAMS MAFS EXPERTS FOR MATCHING HER WITH DINO

The One Piece Of Advice Elton Gave Taron Egerton

Mel Slams Mafs Experts For Matching Her With Dino