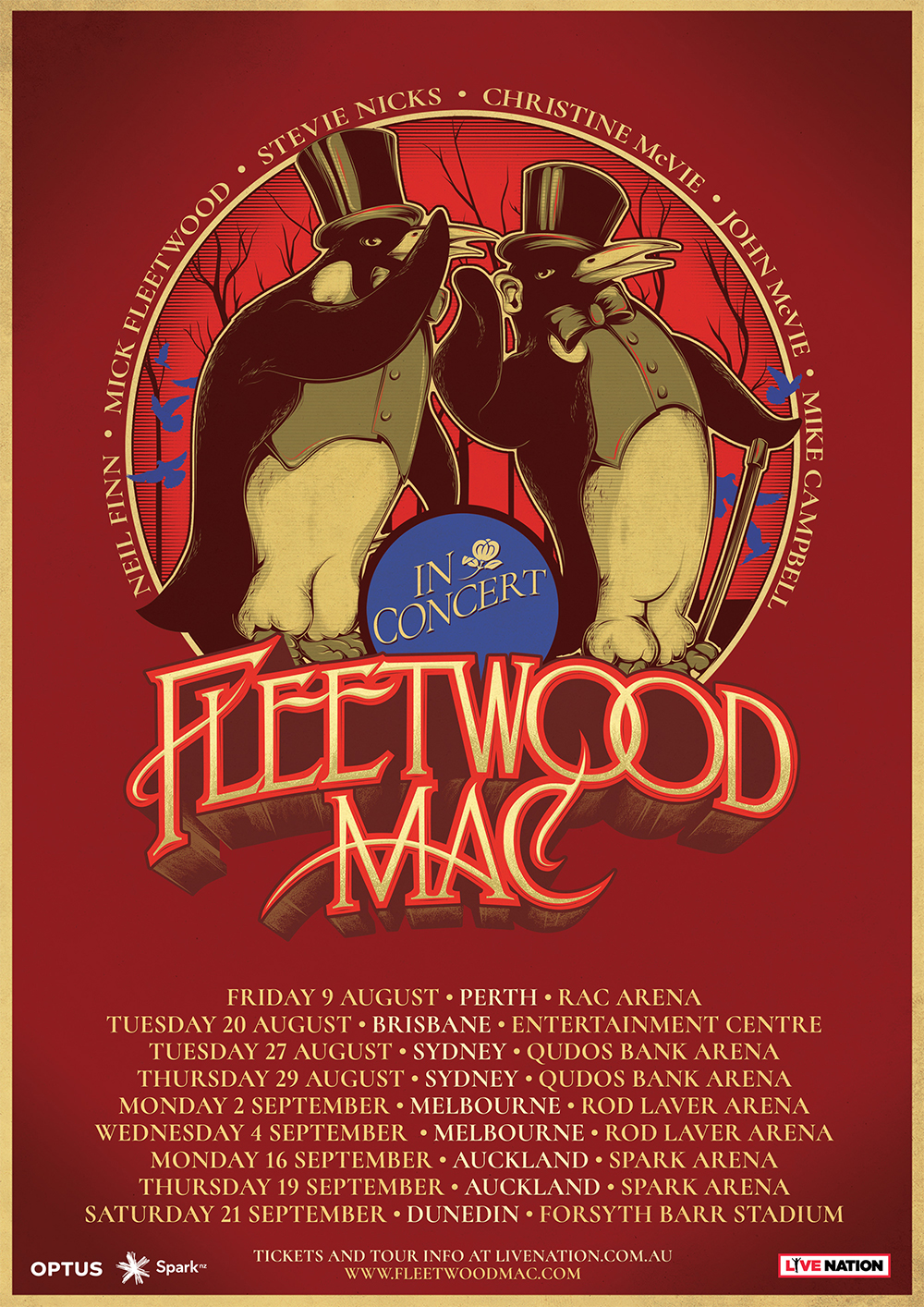 Tickets for Sydney and Perth shows go on sale at 12 noon local time, and Melbourne and Brisbane from 1pm local time, on Friday, January 25.

A limited number of LaneOne Premium Packages will also be available, including amazing seats with premium benefits such as transportation, preferred entrance and more at laneone.com

“Fleetwood Mac has always been about an amazing collection of songs that are performed with a unique blend of talents. We jammed with Mike and Neil and the chemistry really worked and let the band realize that this is the right combination to go forward with in Fleetwood Mac style. We know we have something new, yet it’s got the unmistakable Mac sound,” said Mick Fleetwood.

“We are thrilled to welcome the musical talents of the calibre of Mike Campbell and Neil Finn into the Mac family. With Mike and Neil, we’ll be performing all the hits that the fans love, plus we’ll be surprising our audiences with some tracks from our historic catalogue of songs,” said the group collectively.

“Fleetwood Mac has always been a creative evolution. We look forward to honoring that spirit on this upcoming tour.”

Spiders Appear To Rain Down In Brazil

Peter Stefanovic Is Looking For A Job Online

Aussie Mum Was Horrified To Find This Racist Kinder Toy