As soon as Jef Rouner found out he was having a daughter, he knew that his little girl would face challengeS throughout her life.

He just didn’t think one of them would be dress code shaming at age 5.

Rouner wrote a blog for the Houston Press after he picked up his little girl from school one day to find her wearing a T-shirt that she hadn’t gone to school in that morning, as well as a pair of jeans underneath the spaghetti-strapped rainbow dress he had dressed her in. 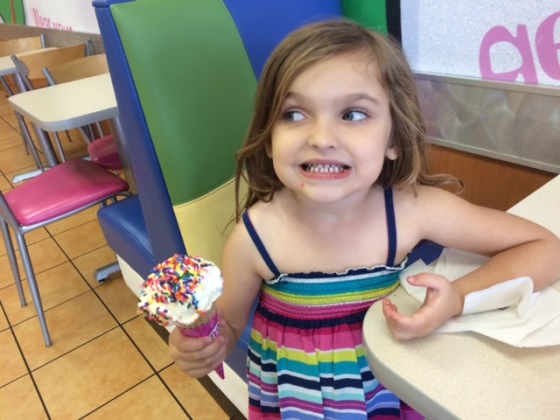 After checking the school’s dress code, he was frustrated to dicover a lack of male-specific guidelines, especialy compared to those that were female-specific.

“I mean prohibitions against exposing the chest or torso could hypothetically apply to boys except that they don’t. Not really. They don’t sell boys clothes that do that,” he said.

The thing that offended Rouner most was that his daughter was forced to wear jeans under her dress.

“You know what really grills my cheese about it? It’s not even the shirt they made her put on over her top, it’s the pants they made her wear underneath. It’s a full-length dress that she has to hold up to keep from getting wet in uncut grass. She even had a small set of shorts underneath because it was gym day. But because the top part of her dress apparently exposed the immoral sinfulness of her bare shoulders she also had to pull on jeans even though her legs remained completely covered as part of her punishment.”

Do you think this is fair?