The New York City Skyline is set to light up for Australia day, with Hugh Jackman “flipping the switch” to the Empire State Building today in preparation. 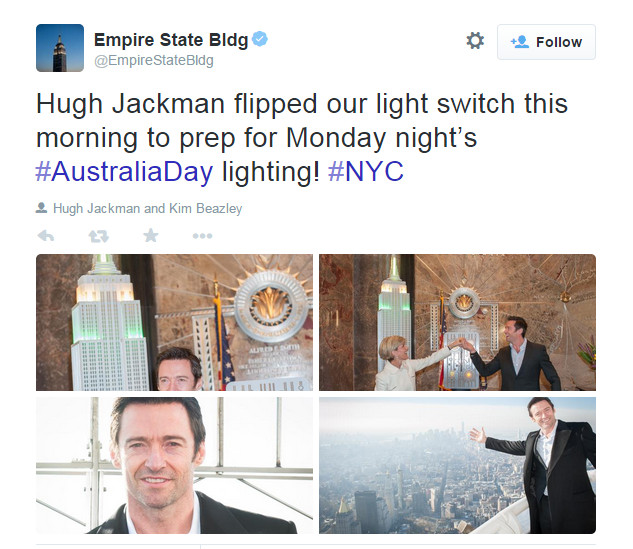 And it looks like the Aussie actor had the time of his life while “on top of the world”.

Can you think of an Australian more fitting for the honours?

On top of the world! Thank you @EmpireStateBldg for hosting us in honor of #australiaday!

Awesome morning @EmpireStateBldg in honor of #australiaday on Sunday. King Kong’s got nothin’ on me! #aussieaussieaussie