When Becky John fell pregnant with her second child she never imagined she would have four more children less than a year later. After giving birth to baby Mya, she fell in love with the idea of having two children close in age. Miraculously one week later that wish came true, when she discovered she was pregnant.

The excitement quickly turned to shock when the ultrasound found not just one little heartbeat, but three.

“I had to stare at the screen just to make sure for myself. And I counted the heartbeats one by one. It was true I was actually pregnant with triplets,” Becky told the New York Post.

“They were all naturally conceived and they were each from a separate egg, which is really rare. Doctors told us it was the healthiest way to have triplets, because they all had a placenta each, it meant there was no risks associated with any one of them sharing a placenta.” 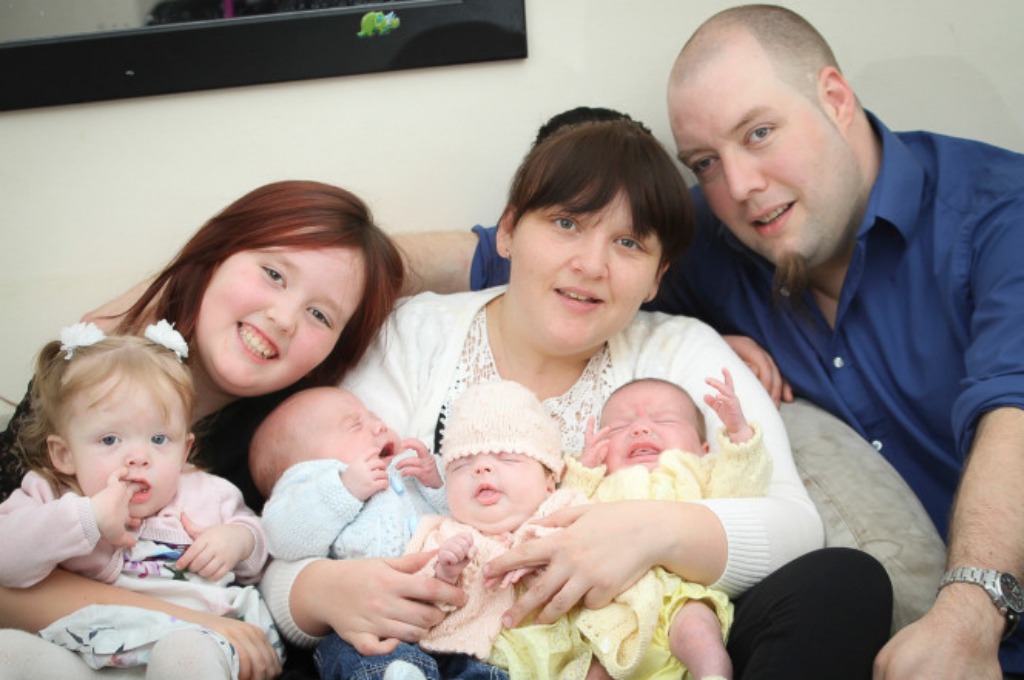 Becky gave birth via a caesarian, miraculously welcoming three happy and healthy babies – Ryan, Raya and Phoebe. While naturally conceiving triplets is rare enough, the fact the babies were conceived just one week after the birth of Mya is unheard of. Women are advised not to have sex for the first six weeks after giving birth as it takes a little time to heal down below. It can also take time for hormones to return to normal after delivery, which reduces the odds of conceiving.

At first Becky was concerned how she would cope with so many babies, but has quickly discovered just how rewarding it can be. Her 9-year-old daughter Kayla is also rapt!

“Kayla is thrilled with her three new brothers and sisters and it’s lovely to think that Mya and the triplets will grow up so close in age,” she said.

The Three Best Free Apps You Need To Download In 2017

The New iPhone Update Is Set To Introduce The Best Thing