Here’s a crazy theory for you, Elvis is ALIVE and he came out of hiding in the nineties to film a cameo appearance in Home Alone.

We’re not kidding. This theory has been doing the rounds for a while now.

Last week we couldn’t stop arguing over this bizarre theory about the classic Will Ferrell Christmas film ‘Elf’, but we think this new Home Alone chat is next level…

It’s all centred around a familiar looking extra in the film. You know the airport scene when Kevin’s Mum tries desperately to book a flight back to Chicago? Well, old mate behind her is apparently ELVIS… 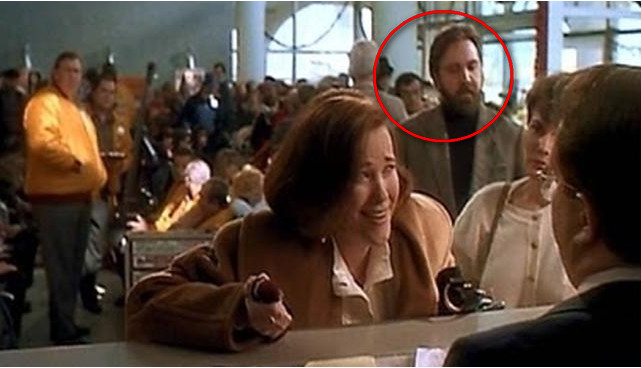 There’s no denying the similarities.

The crafty folks over a news.com.au have pulled a bit of evidence to make the theory seem slightly less cray:

1.  Elvis allegedly died in 1977 but if he had in fact faked his own death, he would have been 55 years old when Home Alone was filmed. The extra in the movie looks to be roughly that age.

3. Home Alone was directed by Chris Columbus. Two years earlier, Columbus wrote and directed a movie called Heartbreak Hotel about a teenager who decided to kidnap … wait for it … Elvis Presley. Coincidence? Most likely. 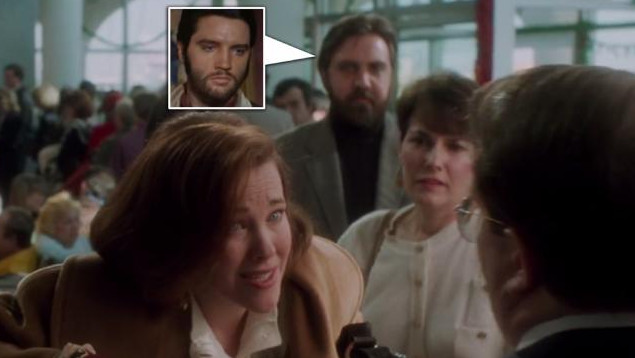 Elvis, is that you?

What do you think? Tell us in the comments section below…