Much-loved cricketer and commentator Richie Benaud has been farewelled at a private service in Sydney’s east, after his family declined the offer of a state funeral.

Friends and family gathered at the Eastern Suburbs Memorial Park on Wednesday morning for the service, led by Benaud’s close friend and former teammate, Brian Booth.

Benaud, a celebrated all-rounder who captained Australia before forging a successful broadcasting career, died in his sleep on Friday aged 84.

In the memorial booklet, his family described Benaud as “a special person who means so much to each of us in many different ways”.

The service was followed by a celebration of Benaud’s life at the Australian Golf Club in Rosebery, which was attended by cricketing luminaries including Ian Chappell and Shane Warne. 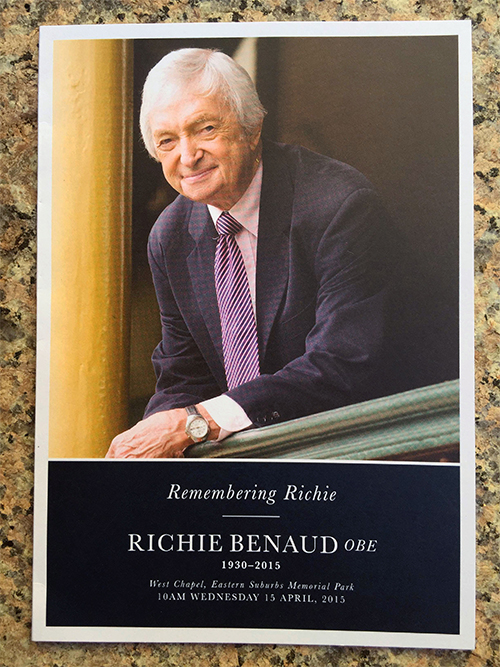