Long before Dave Grohl became a frontman, the young Nirvana drummer decided to release an album of his own.

Under the moniker “Late!” he recorded a 10-song collection for the now defunct label Simple Machines’ Took Cassette Series.

The album, titled Pocketwatch, dropped in 1992, shortly after Nirvana released its seminal album Nevermind. With Grohl’s increased exposure leading to more sales, the label asked if he wanted to press Pocketwatch on CD, but he declined because he never intended it to be a big thing.

Though demo versions, some of the songs ended up being re-recorded for Nirvana, and eventually Foo Fighters, projects.

With a limited number of cassettes made Pocketwatch has become a collectors item, and hardcore Grohl fans had the opportunity to own it. 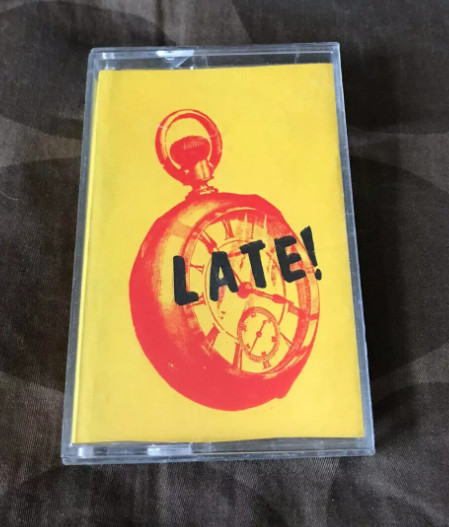 Check out the Pocketwatch album art and tracklist below.

“Just Another Story About Skeeter Thompson” – 2:05

Guess Which Mafs Husband Has Appeared On Tinder!

Nic Diagnosed With Cancer For Second Time On Mafs