A father has received the fright of his life after his baby disappeared when playing in the snow.

The little boy was playfully dropped into 20 inches of fresh snow when he instantly vanished beneath.

Adam Frisbee was playing in the snow with his family in New York when he decided to throw his son in. However, much to his horror, the baby was quickly engulfed in over 20 inches of icy snow, completely vanishing. 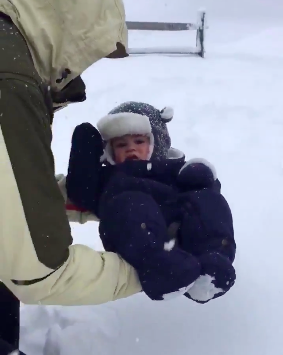 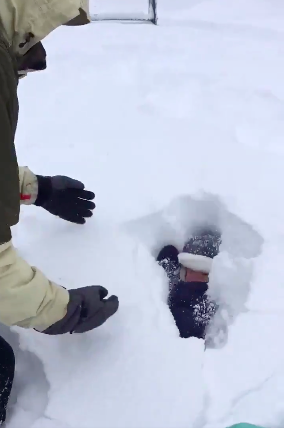 At this point, the father understandably panics, and dives in to find him.

The little boy is pulled out by his dad after being submerged in the snow for approximately two seconds.

Frisbee posted the video on Twitter, writing: “This is a few days late but I had my first #snowday as a @SWCSTrojans teacher this past Wednesday. We call this the lake effect baptism!”

This is a few days late but I had my first #snowday as a @SWCSTrojans teacher this past Wednesday. We call this the lake effect baptism! @Mrs_Frisbee @TheEllenShow pic.twitter.com/zd66DsnJoQ

It has since been posted on various viral accounts including ‘Viral Memes’ where it has received over six million views, as well as 101k retweets and 300k likes.

The At Work Timewaster - Make A Movie Faster

Amanda Has Found The Fruitiest Christmas Decorations EVER!