A photographer has managed to capture a giant wave with an uncanny resemblance to Elvis Presley.

Yes, that sounds outlandish, but stick with us for a minute!

Jordan Crosby spent around half an hour photographing the surf at the Seaham Lighthouse in County Durham (UK) with winds of up to 65mph when he discovered something particularly peculiar.

It wasn’t until he got home that he realised that he had captured Elvis… in wave format. 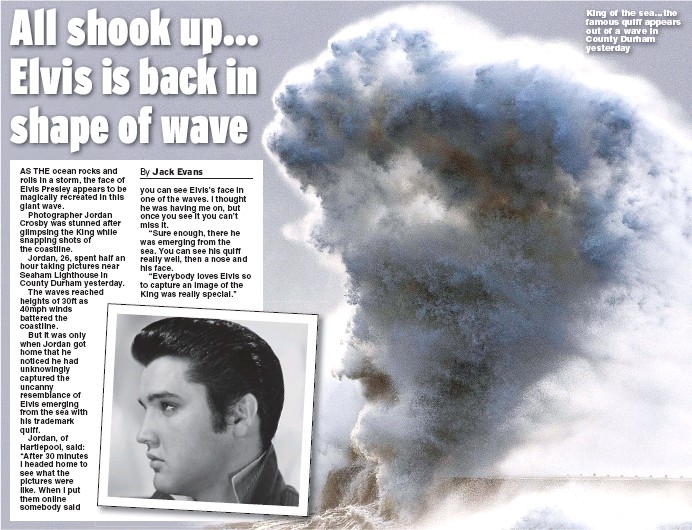 So, what do you see? Do you see Elvis?

LOOKING FOR MORE? Catch-up with The Christian O’Connell Breakfast Show – be part of something special.

Missed The Christian O'Connell Show? Catch up by clicking play below and join us from 6AM every weekday!
elvis elvis presley wave