A 5-year-old British boy was handed an invoice after not showing up a schoolmates birthday party! The invoice was charging a $30 ‘no show fee’ and also threatened with court action if the money was not paid. The child had skipped his schoolmates party to spend the day with his grandparents.

Torpoint Nursery and Infant School in Southern England said that one of their teachers had been asked to pass on an envelope from the birthday boy’s mother to the child Alex Nash. Alex’s father, Derek found that the envelope contained a demand for $30. The invoice was formatted as if it came from Plymouth Ski Slope, the venue of the “slide and ride” party which included toboggan rides, a hot meal and icecream. 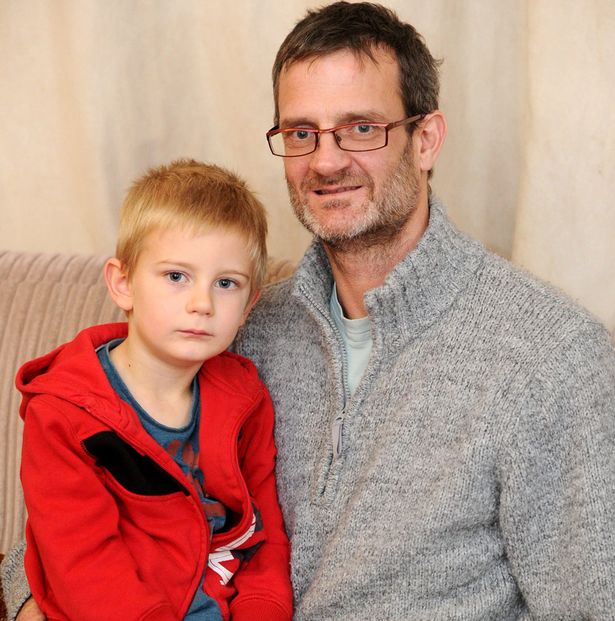 Derek told the British Press “it was a proper invoice with official details and even her bank details on it… The Money isn’t the issue. It’s the way she went about trying to get the money from me”.

The Ski SLope Manager said they would never issue invoices for no-shows and that their address had been fraudulently added to the bill. 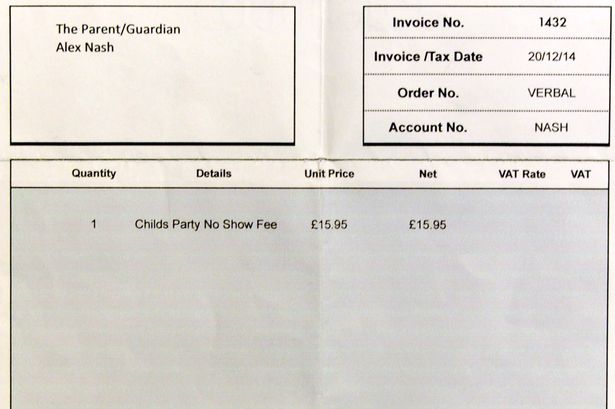 Julia lawrence the mother who issued the invoice has stuck by her decision saying “All details were on the party invite. They had every detail needed to contact me”.

Having not paid the bill, the family is now threatened with action in the small claims court, which deals with minor civil disputes!